"I Stabbed A Man Almost Killing Him, I Almost Lost My Life In The Process" A Man Narrates Painfully

Edward was recruited in a gang where they used to go out and rob and kill people if need be.

At some point, he stabbed a man on the head almost killing him but he escaped narrowly.

On one particular day they stole a phone from a man and the man went and reported at the police station. Edward was arrested alongside another woman from the gang.

Since lady had a small child, the two lied that they were the parents and the baby was all alone at home. The lady was allowed to go home and take care of the baby and edward was left in the cell to face the consequences on his own.

The men who had been stabbed came and reported and proved that they had been attacked. When the case was presented in court, Edward was charged with attempted murder, which he denied.

After the trial he was taken to remand and he stayed there for 9 months. Afterwards a trial took place and the charges were reduced. He was jailed for 1 year. 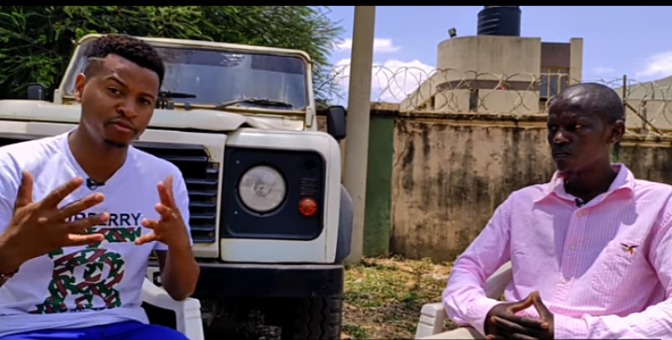 The one year he was in prison was the worst year of his life and he ended up changing his ways. He got saved and turned his life around. He learnt about masonry and he is a very good mason and he is good at his job. He came out to give out his story to encourage people to change. Currently he is looking for a job and asks for anyone in a position to help to help him.

What Habits Do Happy Couples Have?

"If You Believe Raila Won't Win the President, Then Why the Obvious Panic?" Prof Mutua Asks Ahmednasir

Safaricom Marks Their Birthday With Amazing Data Bundle Offers. Here is How to Plan For Them