By DeepState1 (self media writer) | 6 days ago

Police Officers in Mombasa have arrested a 20-year-old man who allegedly killed his grandmother, an 8O-Year-Old woman by slitting her throat. 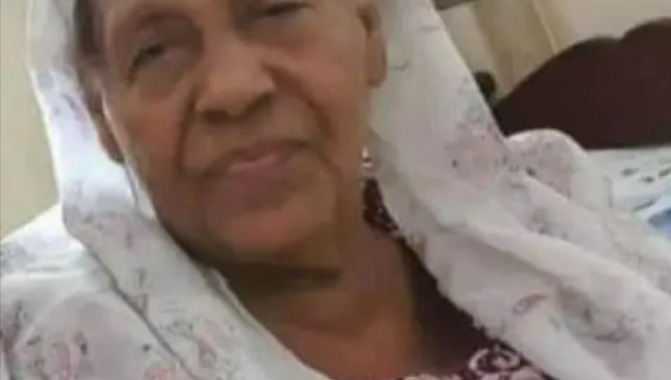 In a news report that has been shared by a reliable source of information, it has been revealed that the police arrested the suspects who they claimed was arrested by the citizens.

According to the reports given by the police, the suspect is reported to have been heard arguing with the deceased before she was found dead minutes later.

The suspect who has been identified as a Abdul Aziz allegedly revealed that he did so after joining a secret organization, the Illuminati. 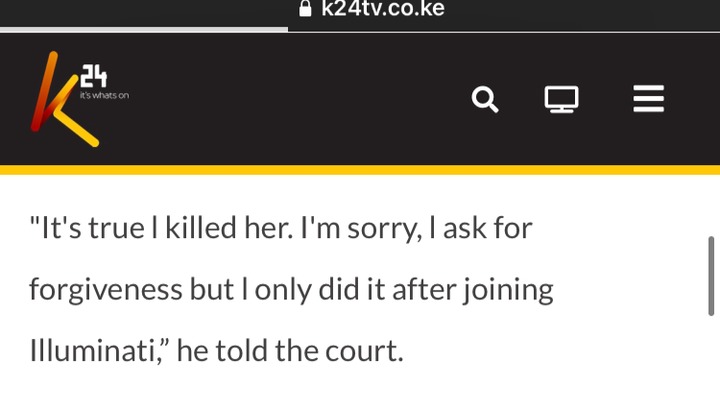 While reacting to his confession, Kenyans who took to their different social media accounts to express their opinions on the matter have called upon the police to find out more about the Alleged Illuminati.

According to the reports given by most Kenyans, they claimed that it is so unfortunate that the man might not be telling the truth thereby wanting the police to ask the man how he joined the organization, where it is located. 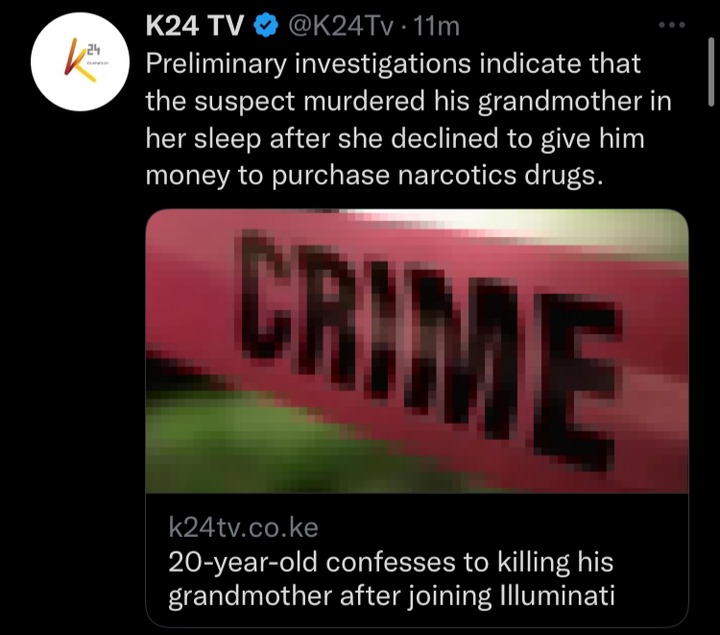