By TheReporterr (self meida writer) | 27 days

A family from mountain view in Nairobi is currently mourning the death of their son who is reported to have been shot several times by a group of police officers who allegedly stormed their house in attempts to make an illegal arrest.

According to the reports given by the witnesses or rather locals from mountain view, they claimed that the rogue officers had come to their liquor store in attempts to arrest the deceased for operating or rather selling liquor without having their permit.

This was followed by a dramatic scene after the deceased tried to go and get his license in order to clear himself this allegations before the police officers refused to let the man go inside the house claiming that he wanted to flee.

However, it is during this confrontation that the sister of the deceased started recording the officers who were harassing her brother before the deceased got in the scaffold while attempting to rescue his sister.

He was later shot several times by police officers despite the fact that the family and friends of the deceased along with the witnesses said that he was not armed.

Due to this reason, the family and friends of the deceased have called upon the agents from the director of criminal investigations to look into this matter before things get out of hand by arresting the culprits. 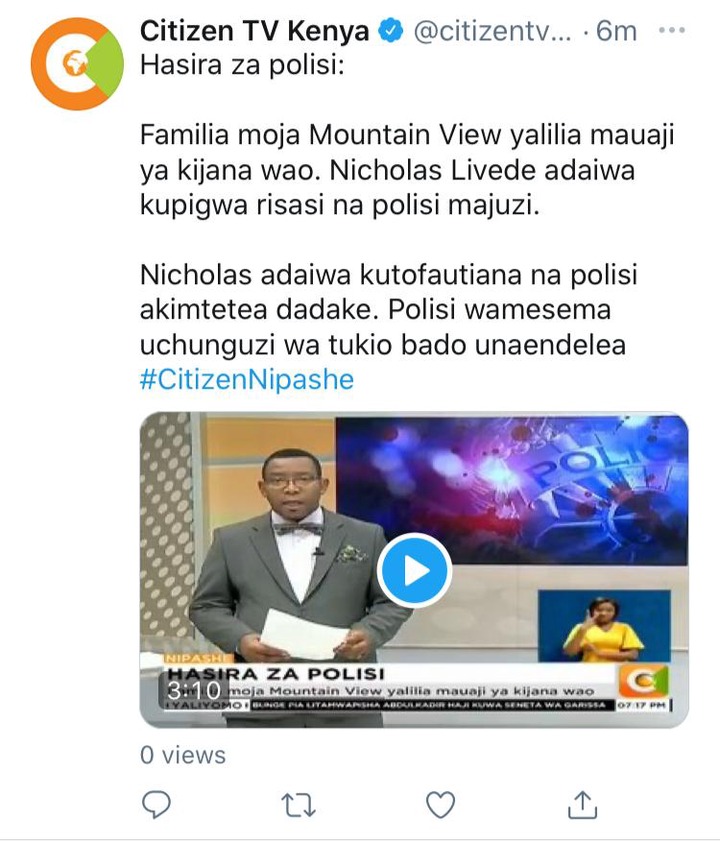