By Wemedia (self media writer) | 1 month ago

The driver of a pick-up transporting charcoal died while fleeing from police officers in an attempt to avoid paying a bribe of KES 3000 near the Kiri coffee factory on the Kiamutugu-Kianyaga road in Gichugu, Kirinyaga County.

According to Simon Njoroge, a charcoal dealer who survived the accident, the two were traveling from Kitui County when they arrived in Kiamutugu on their way to Kianyaga and two police officers from the Kiamutugu police station stopped them and demanded KES 3000, to which they objected. 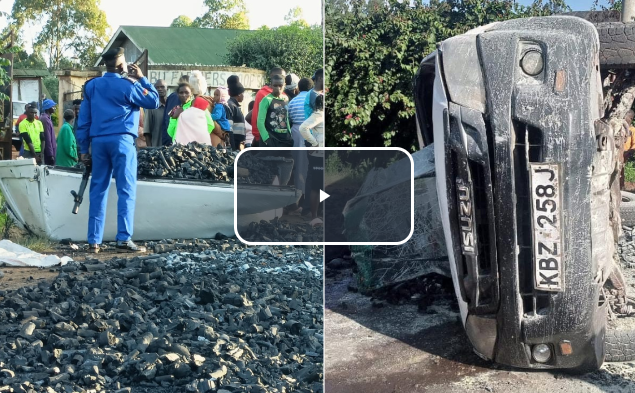 Njoroge claimed that although they usually give them KES 1000, the two police officers who were driving a Probox vehicle were extremely hostile and demanded KES 3000.

He claimed that they decided to flee from the officers at a very high speed when their vehicle lost control and rolled several times.

As the police attempted to remove the deceased’s body, irate Kiamutugu residents clashed with them, accusing them of killing the man by pursuing them.

Residents said that they want the two police officers from Kiamutugu police station charged as they were the ones who were chasing the deceased over bribes.

As the locals threw stones in their direction, police from Kiamutugu police station fought valiantly, forcing them to ask for reinstatement from Kianyaga police station using tear gas to disperse the angry locals. 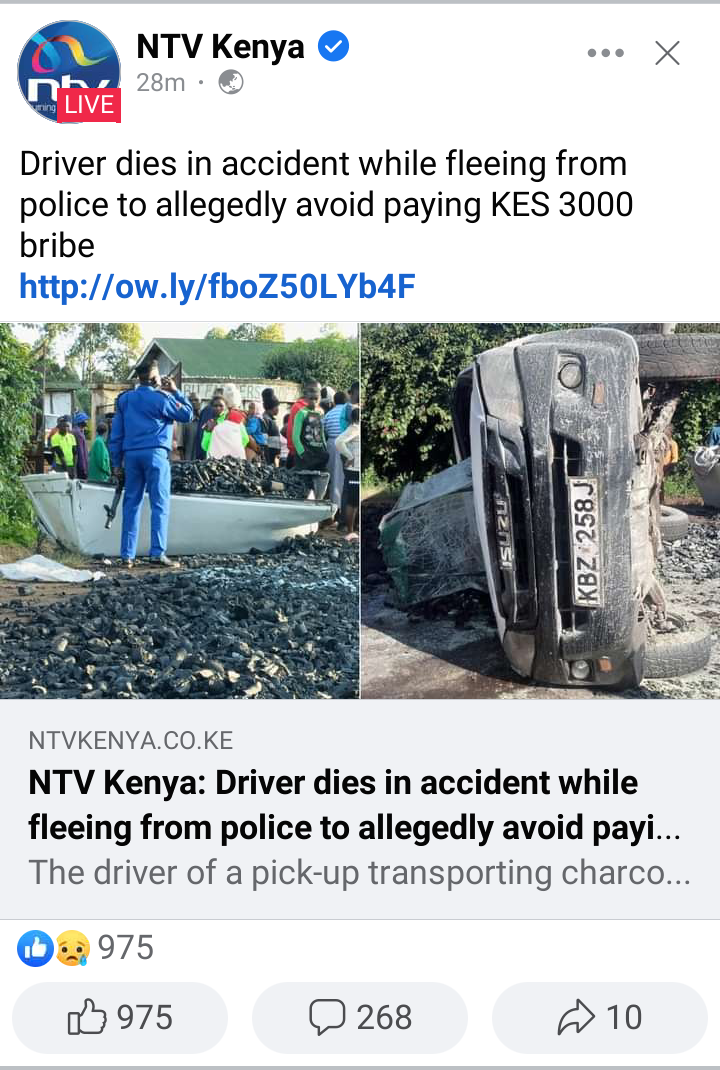 Content created and supplied by: Wemedia (via Opera News )