"I watched with pity, a frail Raila Odinga being dragged out of bed, " said Kiraitu

Kiraitu Murungi testifies that he witnessed Raila being dragged out of bed for politics matters. 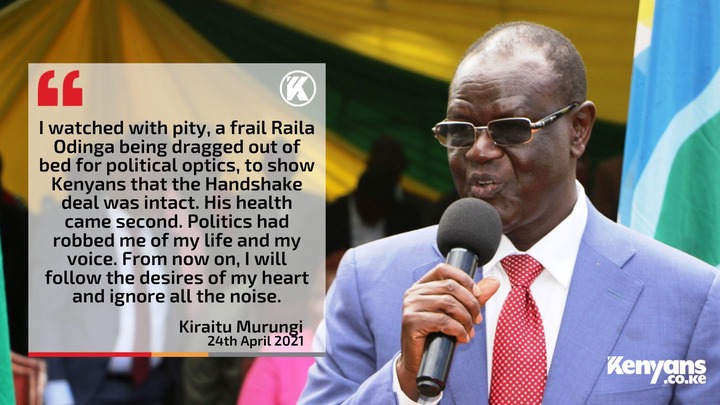 He also added that that was prove enough that hand shake comes first and his health second.

"Politics had robbed of my life and voice. From now on, I will follow the desires of my heart and ignore all the noise." Kiraitu added.

This are the tweets he received on the raila issue. 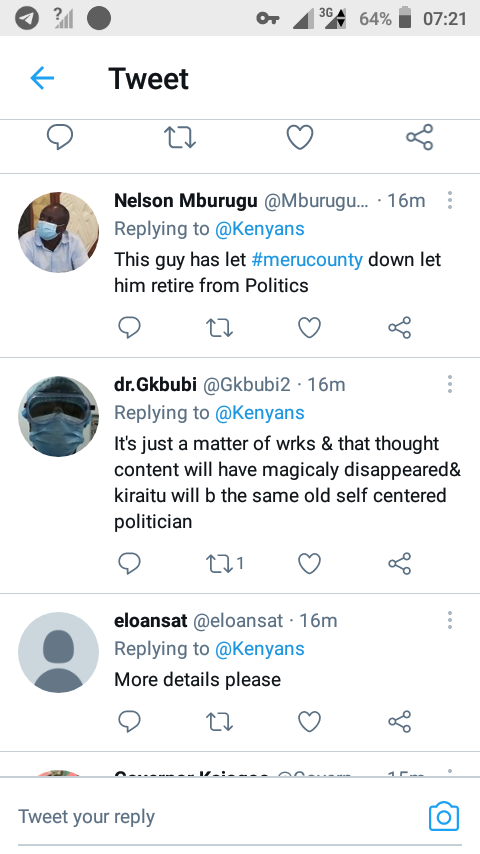 Everyone one was against him and others suggesting its high time he takes a rest.

After losing the 2017 gubernatorial seat, he has opted to act as an oversight to Kenyan politics.

This gives him an upperhand as he has nothing to lose.

He has previously even gotten himself in trouble because of the same.

In February 2005, Murungi apologised for making a remark which was criticised as trivialising both rape and corruption. He had said that criticism from aid donors of corruption in Kenya was "like raping a woman who is already willing".