A police officer based in Bike, Kiminini police station in Trans Nzoia County has a rough day after angry residents stormed his house and found him with a Form-three student who has been staying with him for quite a while.

Luck was on the officer's side as he managed to slip from the hands of the irate mob who wanted to teach him a lesson. At the time they stormed the officer's house, the girl who is a student in a school in Kiminini was still inside the house.

According to the residents, the officer was transferred to the place recently, and from then, the girl has been making frequent visits to the officer's house. when the officer was asked about having a School-going Girl in his house, he defended himself by saying that the girl is above 18 years.

When the officer made his way away from the irate crowd, they headed to the station and demanded that the officer should be arrested.

The officers in the station found it hard to control the mob, they later dispersed when the senior officer commanded the assessment of the girl. However, a senior officer said that the girl is above 18 years and she is not a student either, he added by saying that he is not in any way defending the accused officer. 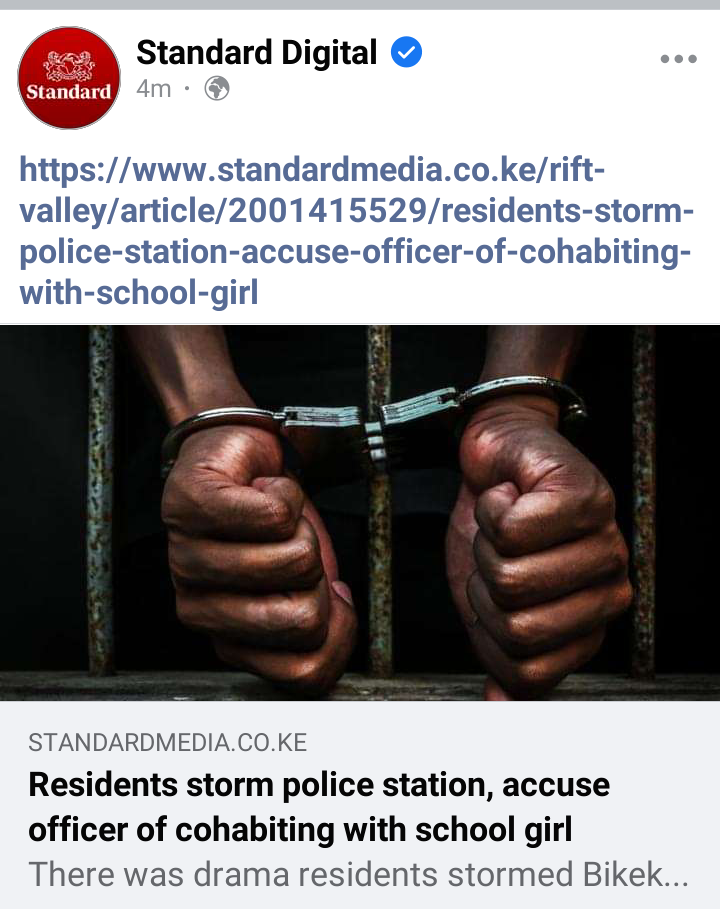 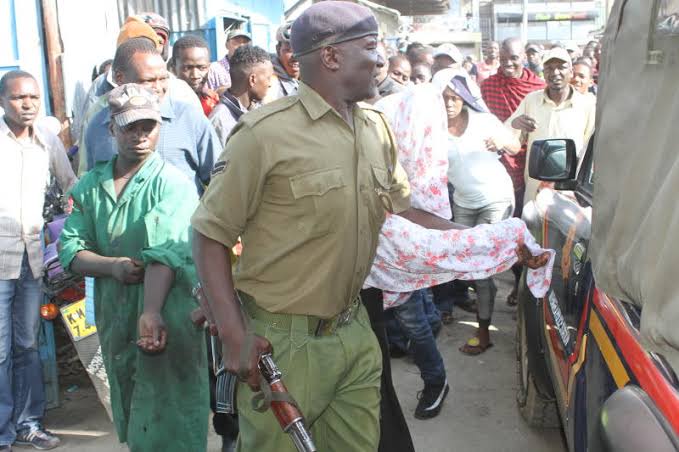 "Am Tired of Being Guarded, Kwani Nimeiba Nini ya Mtu," Akothee Cries Out

"We Will Eject You Out," Parents Warn The Principal Of Kivaywa High