By Westkid (self media writer) | 2 months ago

According to the report, a notorious criminal who has been on the police radar since March was gunned down in Eldoret, Uasin Gishu County on Wednesday during the morning hours. 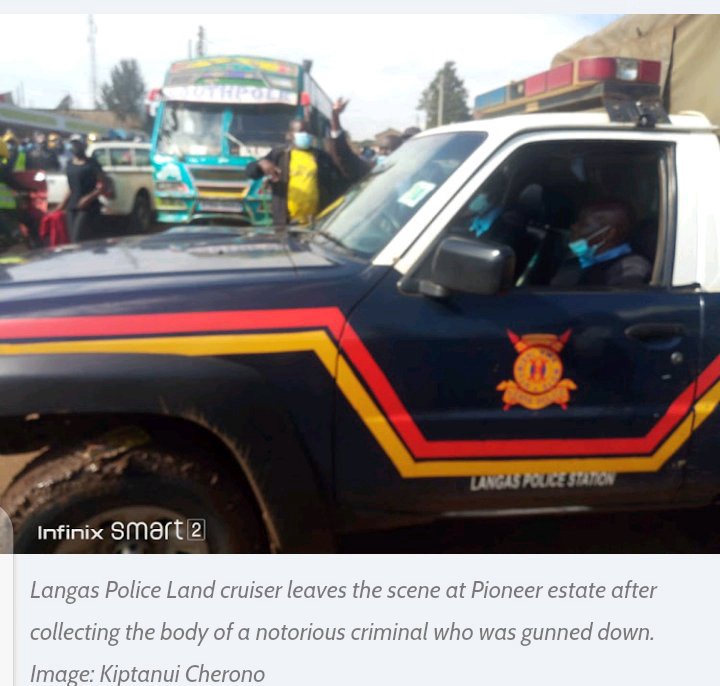 The incident was confirmed by Langas Sub-county Police Commander Ken Odhiambo who said that police had been trailing the middle aged criminal who had been terrorizing residents of Uasin Gishu county, Kakamega, Nandi and Trans Nzoia, since March 2021.

According to the Sub-county Police Boss, the suspect used to commit crimes in the named counties before fleeing to Ruiru and engaging in more crimes.

“We have been hot on his heals since he robbed Asmara Club in Kapsoiya in Eldoret and we managed to trace him to Pioneer Estate where he engaged police officers in a shootout before he was gunned down and his body is now heading to the morgue, " Odhiambo said. 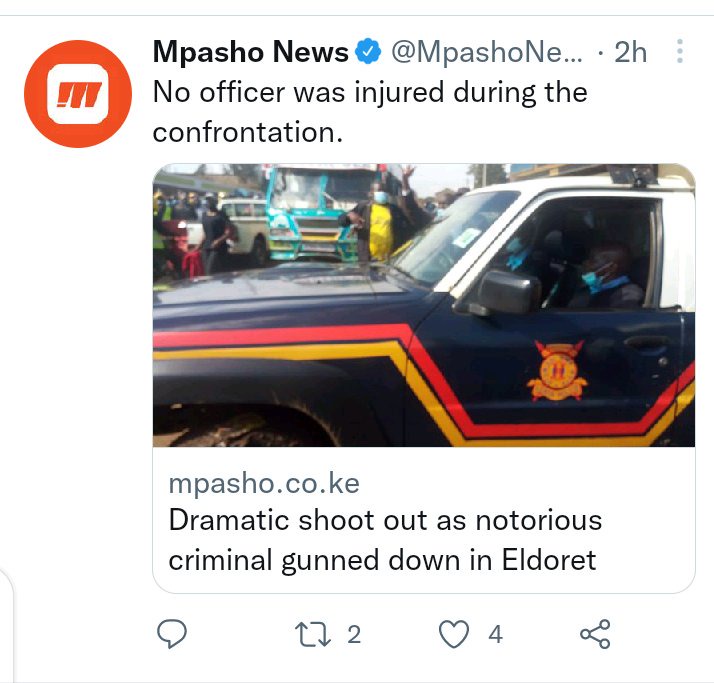 “He was traced to his hideout in Pioneer where he fired upon our officers who fatally shot him, a browning pistol, he was armed with and two rounds of ammunition was recovered, " he added.

During the tragedy, no officer was injured according to the Sub-county Commander who issued a stern warning to criminals that they had no room in Eldoret town.

“We are going to deal with all criminal elements terrorizing innocent members of the public, we have no room for them here, " he Warned.

Content created and supplied by: Westkid (via Opera News )