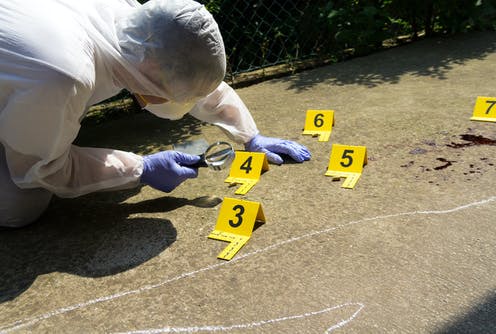 A Machakos man believed to have killed his wife by stabbing her six times after allegedly catching her with her mpango wa kando has surrendered himself to police.

According to the DCI report, he is said to have committed the murder on 21 October before he went into hiding.

However, the man has today, accompanied by two of his brothers, reported himself to authority. 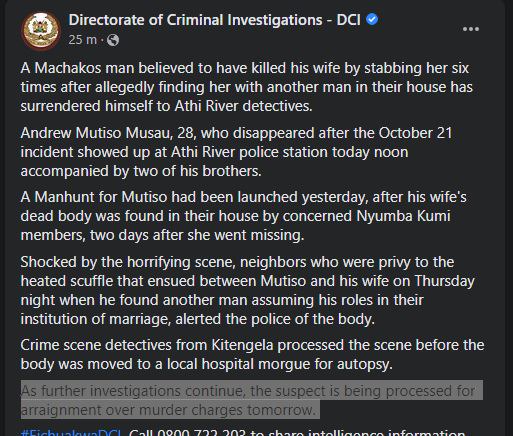 It has been reported that on Thursday night, the suspect found another man inside his wife, satisfying his wife, which angered him as he opened a fight with the wife.

He later overpowered the wife and stabbed her six times, killing her on the spot.

The neighbours who knew the couple had a fight alerted the police who visited the scene and found the deceased body and moved it to the mortuary. 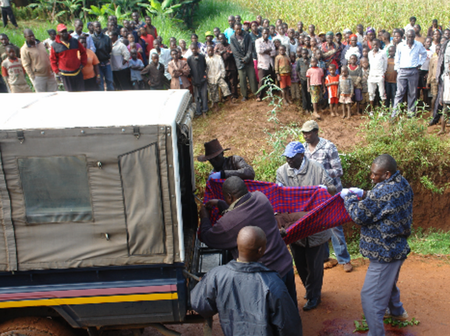 police collecting a body in the past

The officers also launched a manhunt for the suspect who had fled his home after the act.

"As further investigations continue, the suspect is being processed for arraignment over murder charges tomorrow," the DCI report said in part.

Neema of Zora Praises Rashid Abdalla For Helping Her to keep Secrets.