Residents of Kaminon village in Nandi have been left in shock after two brothers allegedly fought with one hacking the other to death over Ksh 10 change. 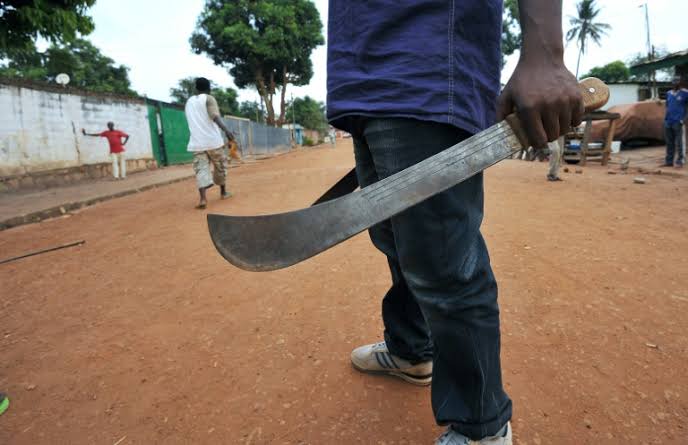 Brian Mwale Ilondanga, a 28-year old man, entered into a heated argument with his 31-year old brother waking their mother in the morning who was sound asleep.

According to the mother of the two brothers, she was sleeping before she heard some noise of his two sons arguing outside. Before she could wake up and see what was happening, one of his sons made a distressing noise.

On reaching outside, she found her eldest son lying on the ground with blood oozing from his head and her younger son was holding a machete full of blood in his hands.

Their fracas had attracted the attention of neighbors who rushed to the scene only to find that Brian had hacked his brother. The neighbors tried to rush the injured man to Kapsabet Referral Hospital but was pronounced dead on arrival due to excess bleeding.

The police have since arrested Brian and he is currently being held in police custody awaiting to be arraigned in court.