Woman Raped Several Times Says First Time She Got Raped By Her Friend, She Thought It Was Normal

A Rape victim has opened up about an incident which she claimed happened several years ago after she was Raped by her best friend.

Yusuf who was speaking on Radii has revealed that she was Raped by a close friend who she claimed ended up Raping her after she decided to pay him a friendly Visit.

According to her, she claimed that she thought that this was normal.

While reacting to her story, Kenyans who took to their different social media accounts to express their opinions on the matter have called upon the police to make sure these suspects are charged extremely.

This is happening at the same time when the government has revealed that the country is currently registering an increase in the number of Rape and Defilement cases all over the country.

According to the reports given by the government, it has been revealed that the Ministry of health is currently registering an increase in the number of people who are being infected with HIV.

With this in mind, the government has called upon Kenyans to make sure they stay Vigilant especially during the holiday when most teenagers tend to get pregnant. 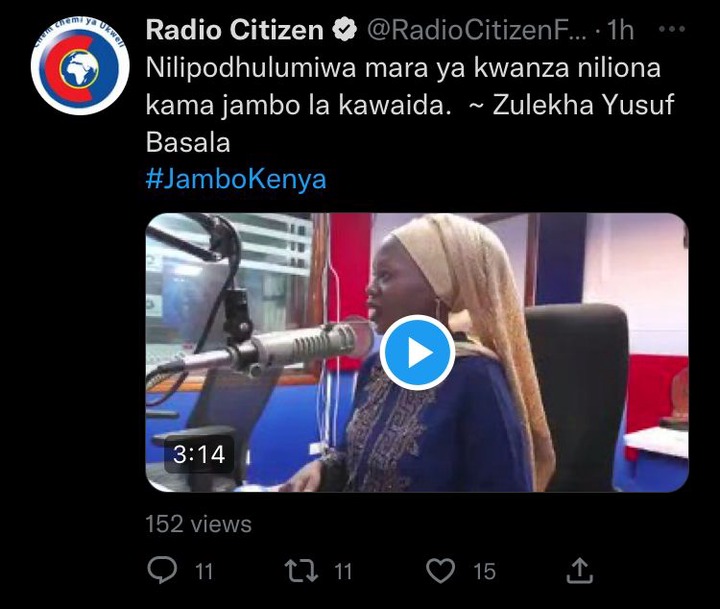