By Ekerenyaekeganganews (self media writer) | 1 month ago

The Director General of Directorate of Criminal Investigations George Kinoti, tendered his resignation to the service and will be exiting the office he has diligently held for a number of years. 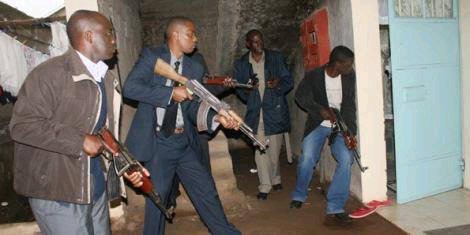 George Kinoti is credited for the many changes that he brought to the Directorate of Criminal Investigations turning it into one of the most efficient crime busters in the continent.

One of the things that he will be remembered for as he exits the Mazingira Complex Office that is found along Kiambu Road, is the disbandment of the dreaded Flying Squad Unit

The dreaded Flying Squad Unit was initially formed in July of the year 1992 as the Anti Motor Vehicle Theft Unit before it was expanded to a specialised unit that dealt with bank as well as armed robberies across the country. 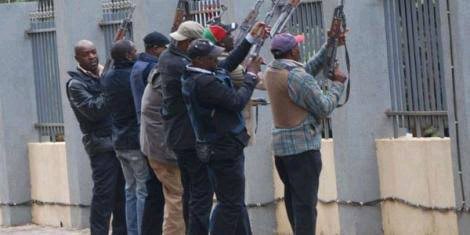 Picture courtesy. Flying Squad Unit at work before it was disbanded.

On the 31st of December, 2019 the Director General of DCI, George Kinoti, disbanded the Flying Squad Unit replacing it with another unit that is known as the Sting Squad with it's headquarters at the Traffic Police HQ.

According to the available reliable reports that we have received from Daily Nation Newspaper this morning, all the officers in the Flying Squad’s headquarters as well as the regional offices across the country were moved to the Directorate of Criminal Investigations offices countrywide.

Only one Flying Squad Officer was retained and his name was Corporal Elijah Mbaluka who was subsequently absorbed by the Special Service Unit, SSU, to retain what is known as institutional memory.

Content created and supplied by: Ekerenyaekeganganews (via Opera News )