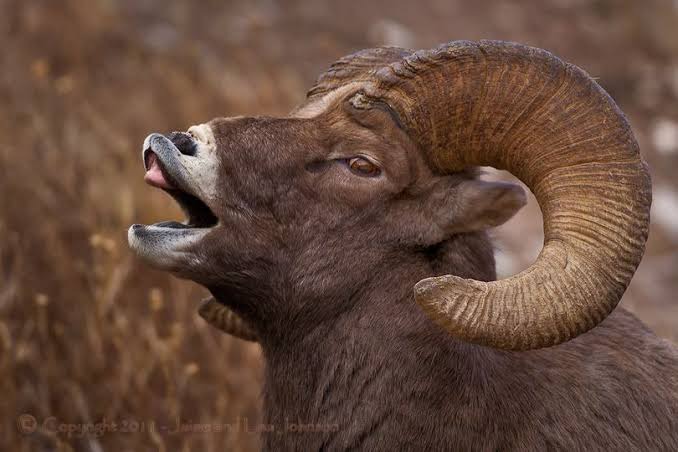 In a rear incidence in South Sudan a sheep has been imprisoned to three years in jail after being found guilty of killing a 45 year old woman, something that has now raised mixed reactions from kenyans.

According to the report, the sheep is allegedly said to have killed Adhieu Chaping, 45, by hitting her ribs injury her where she later succumbed due to the sustained injuries.

The police chief noted that the sheep was found guilty of murder and will be sentenced to three years to a military camp after which it will be released to the family. 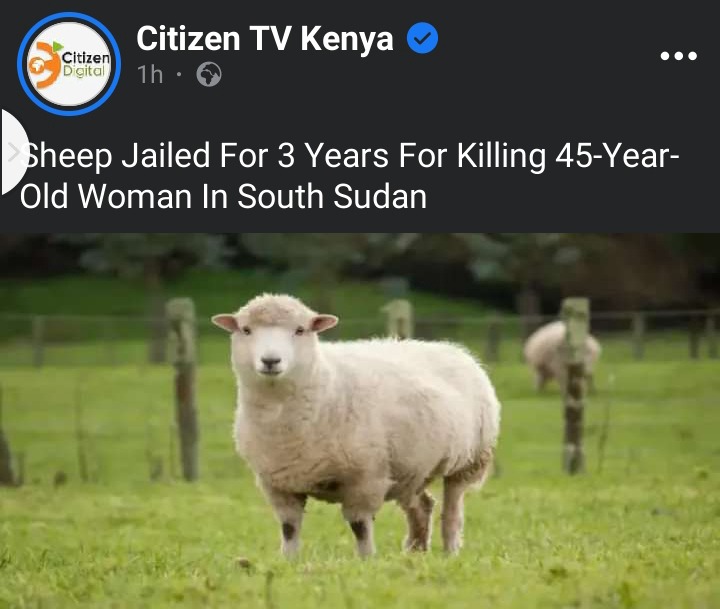 This rare incidence has now raised mixed reactions from kenyans some of them claiming that it is only in south Sudan where the law is followed whether the culprit is an animal or a human being. Some have also noted that it was to be fair the sheep to be slaughter during the burial ceremony of the late.

Below are some of the reactions from kenyans.

Scotts Bomett: Please let's hear the sheep's side of the story. Let him tell us what transpired before the incident then we can make judgment.

Bernard Yogo: I used to say Kenya is the best country in comedy,but look south Sudan has proven that indeed they have all the reason to outshine Kenya in comedy.....Uhuru should therefore call emergency press briefing and instruct watu wote wapige nduru in uniformity Mara tatu in every hour...we need to catch up with them very [email protected] KENYA KONDOGOO INGEKUWA MBOGA KITAMBO #JUSTICE SERVED

Solomon Leo: Now then it's only in South Sudan where we can confidently say that the law is absolutely clear. 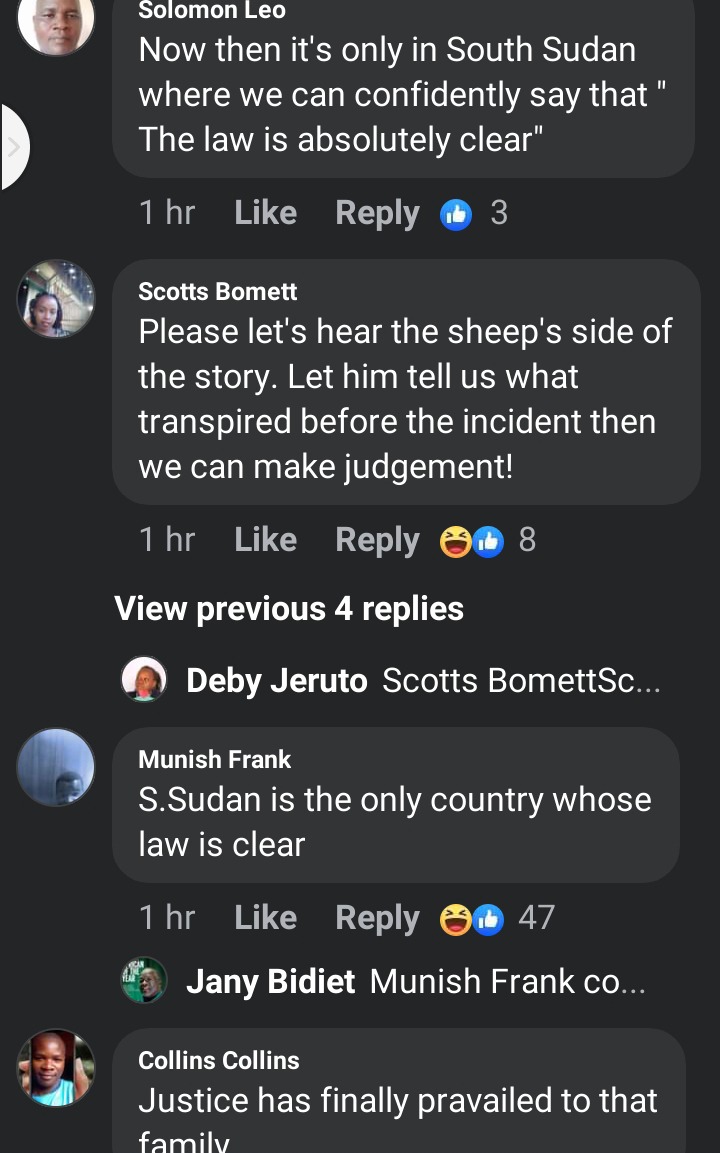 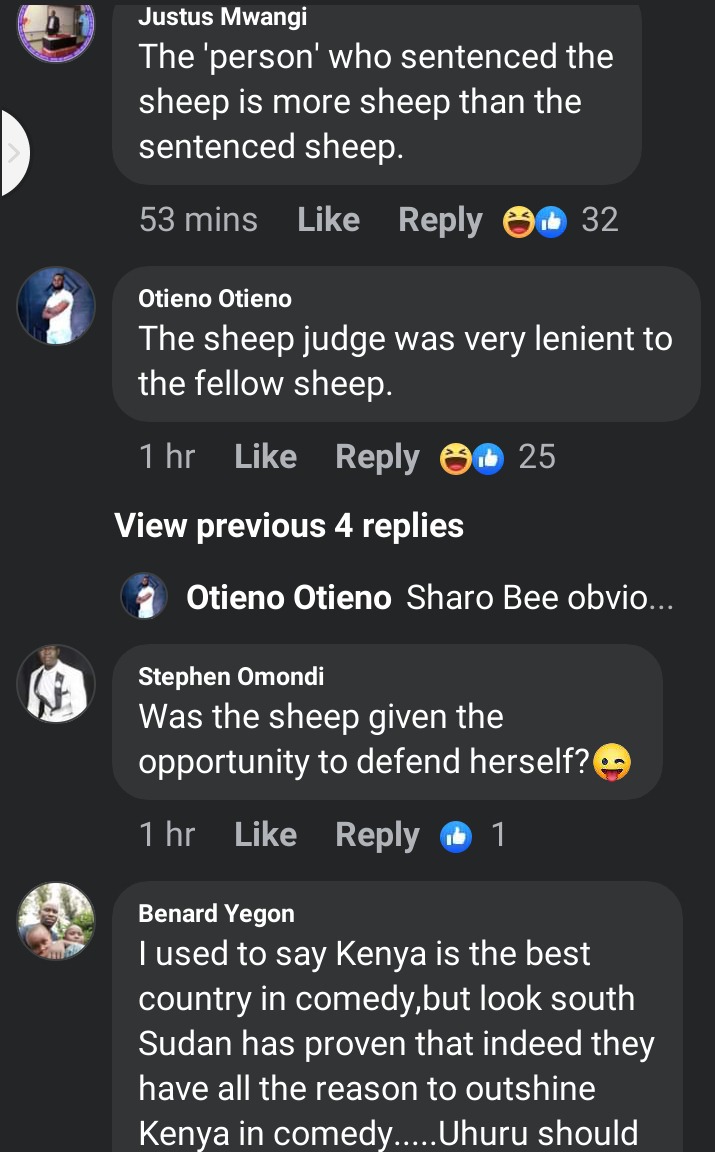 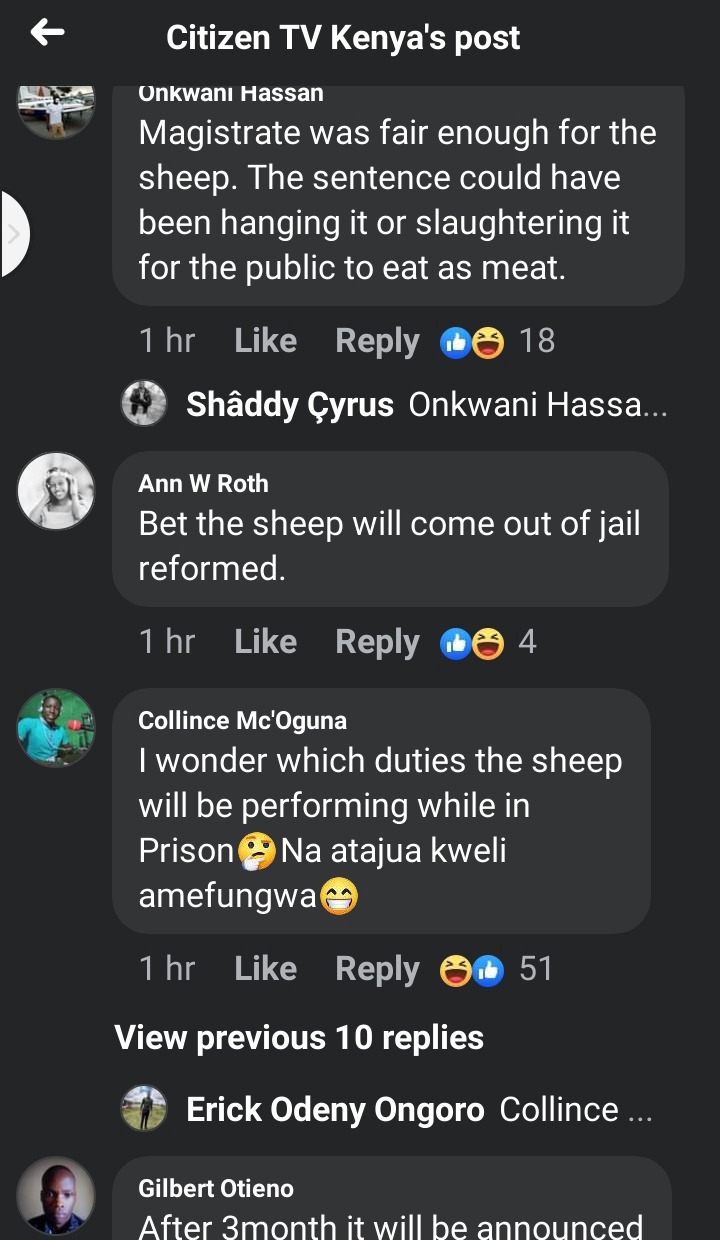