A middle-aged woman is fighting for her life after a deadly fight with a child kidnapper. The woman who was carrying an infant got attacked by the abductor who wanted to take away with her child. 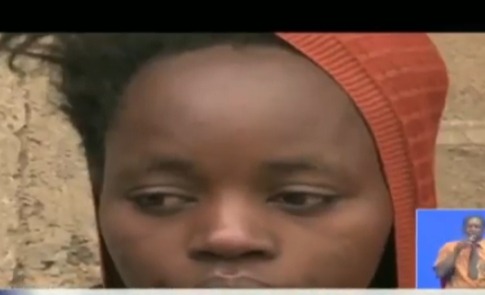 She narrowly escaped death after being stubbed on the neck by the man who was armed with a knife. The incident happened in Kiambu's Ruiru area. The morning incident attracted locals who were running their errands after distress calls from the mother who was holding on tight to her child.

The victim who was identified as Grace Gitonga was asleep in her home when the man believed to be a child kidnapper attacked her. According to her, a young slender and tall man stormed their house and tried to snatch the baby from her.

Grace started calling out for help as she fought with the thief. Her husband who arrived later tried to run after the suspect in vain. He was however not able to steal the child. The thug left Grace profusely bleeding. She was rushed to the hospital where she was treated.

Grace and her child were released to go back home after medication. Residents now want the suspect to be arrested and arraigned in court as they call for improved security in the area. 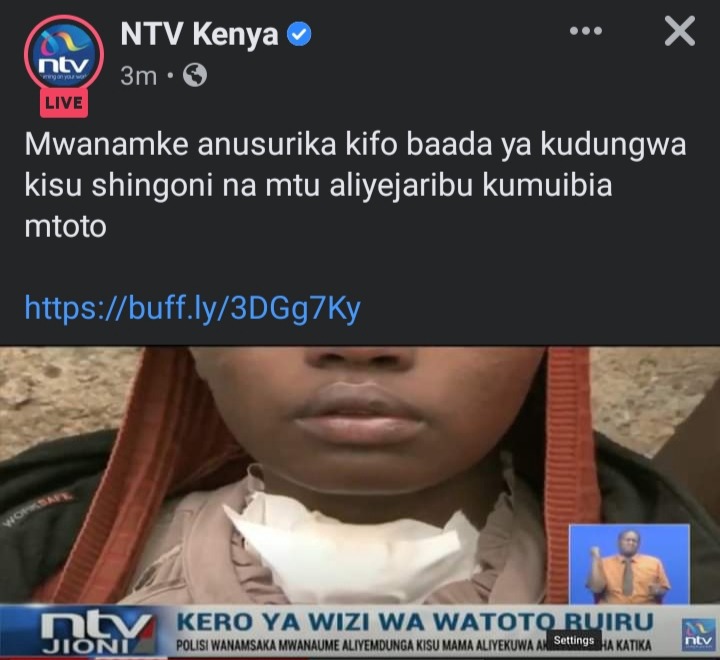