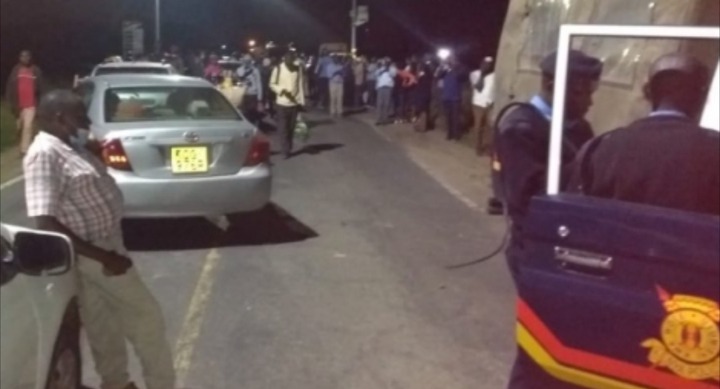 DCI Detectives from Nairobi managed to apprehend a burglary suspect in Shauri moyo area last night after He tried to Rob a Family their valuables, and issuing life threatening statements together with His fellow thieves who forcibly entered into the House without the Family's expectations.

The 25 year old suspect identified as Ian Omollo planned the Attack together with three other Wrongdoers who ordered the innocent family members to lie down and even gagged them properly as they stole three Mobile phones and also a 43 inch Television Set which was mounted on the wall. 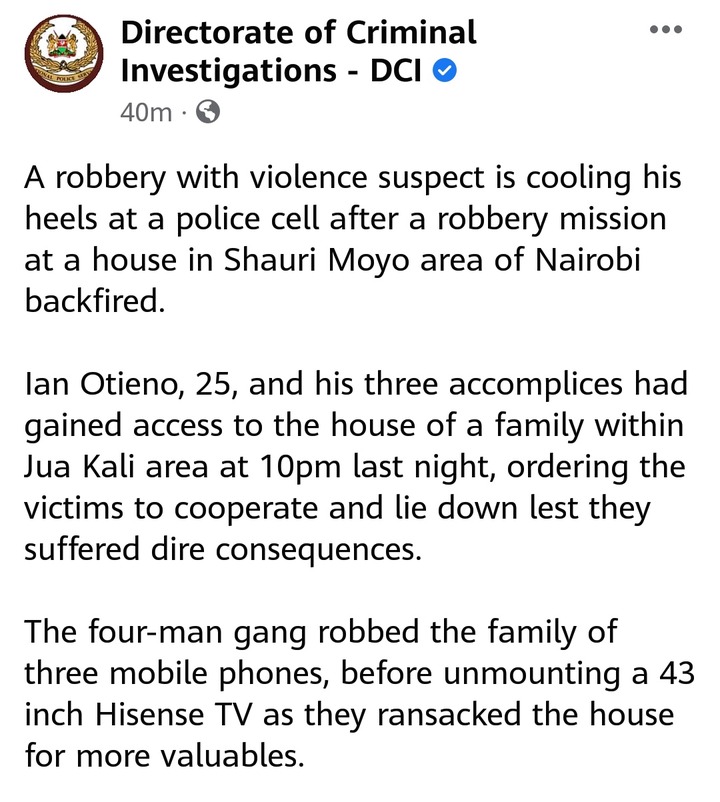 However, the whole move didn't go as planned after a Neighbor who was concerned decided to raise alarm hence awakening other people, and promoted the Thugs to opt out of their initial plans to search the whole house for more properties to steal, and instead Ran away from the scene.

The Neighborhood however moved with speed to catch up with the fugitive gang, who took to their heels in order to avoid being attacked by the angry Mob, which had been pissed off by the action. It was at this point that Otieno removed a knife that He had carried and inflicted a wound in the head of the Neighbor, for His act of ruining their plans.

The Victim who was still in shock, got a chance to call the police to seek assistance, after the four escaped. The Police who arrived quickly followed the Gang members and managed to nab Otieno. With Him was the Knife which had blood stains in it and the Tv Set that they had carried along with them while running. 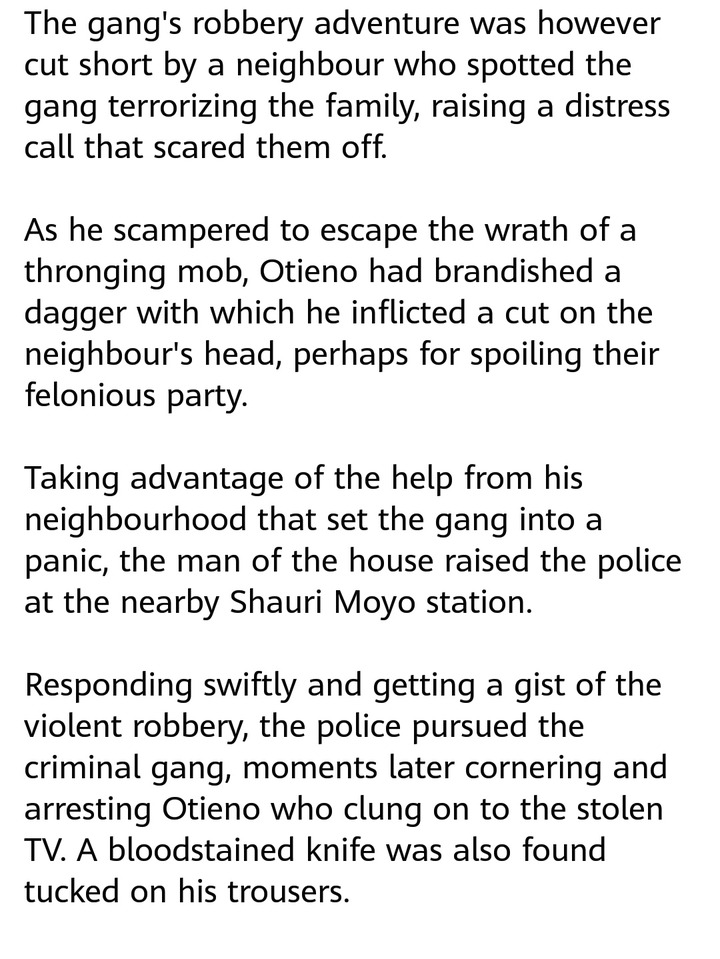 The area has been a Hotspot for the Crime levels in Nairobi in the past, with the Investigative agencies camping there and using the available information, while operating on the more professional manner to bring the Culprits to book.

However, the Matter has been addressed by Uhuru Kenyatta and His deputy William Ruto during their national address severally, saying that they will create employment opportunities for the youths in order to save them from such dangerous stunts that they get involved in to provide food on their table.

How To Be A Successful Business Woman

Raila Urges His Residents To Register In Large Numbers As Voters Or He Drops His Presidential Race.

Monthly Salaries Of A Lawyer, Advocate, Chief Justice, Judge And Other Legal Officers In Kenya

Secret to why fire did not burn Shedrach, Meshach and Abednego