By KENYAN.NEWS..UPDATER (self meida writer) | 18 days Kenyans are in shock after a man collapsed and died in Pangani Police staion on Sunday, 11 July.

Sources indicate that the man had been asked to produce a fine of Ksh 200 which he failed to afford and did not provide.

He was then forced to be retained in police custody for 3 days since friday. The man had appeared in court on a virtual court hearing and the Judge had asked him to pay the Ksh 200 Fees or spend 7 days in jail for defaulting Curfew policies.

He did not manage to produce the money and the police were instructed to take him back in police cells pending further hearing of his case. 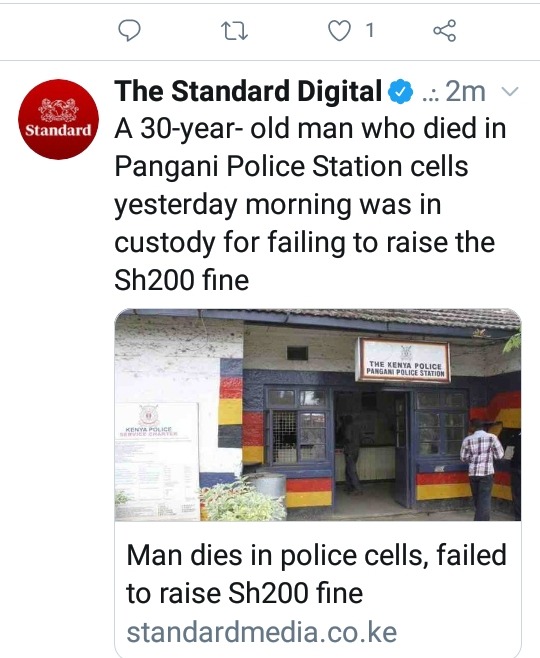 He had been arrested for disobeying curfew rules at night taken to the police cell among many other people.

Sources say that the exact cause of his death is not known yet but some details show that he may have died due to commotion in the cell and lack of fresh air.

The cell where he was put in was overcrowded as many other offenders were brought in making air circulation a problem. 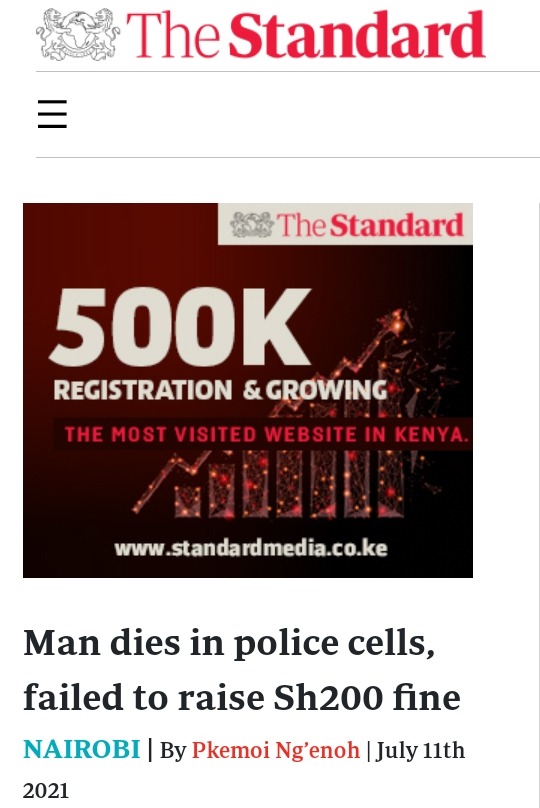