Ruto Ally Storms Police Station, Claims His Personal Safety is at Risk And Harassment in His Home 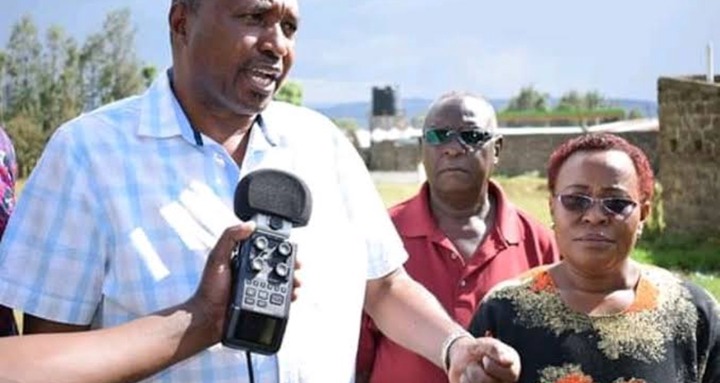 Bahati Mp Kimani Ngunjiri has stormed His area Police Station this afternoon to question the police integrity there, saying that they have allegedly been bribed by their political rivals to ignore Him and His supporters, even after He reported to them a recent happening where drug addicts who were wielding weapons stormed His Home an nearly injured people.

Ngunjiri says that the alleged Thugs came to His Home and stayed for the night yesterday to guard Him after the goons made their way into His compound to attack Him and His family, after Beating up His supporters in a market place, saying that Police ignored His supporters including two young men who came to report the Incidence, because they Purportedly received Bribes from political rivals, in order to turn a blind eye into the matter.

"I sent these two young Men here to make a report to you about the threats that a group of Bhang Smocking individuals made to me and my family, but you never took action an now the Police were forced to move with speed to my Home yesterday night to guard my Home because the same people who attacked my supporters the same day came after me. You are doing this since you are compromised, you only protect one side."The Mp says. 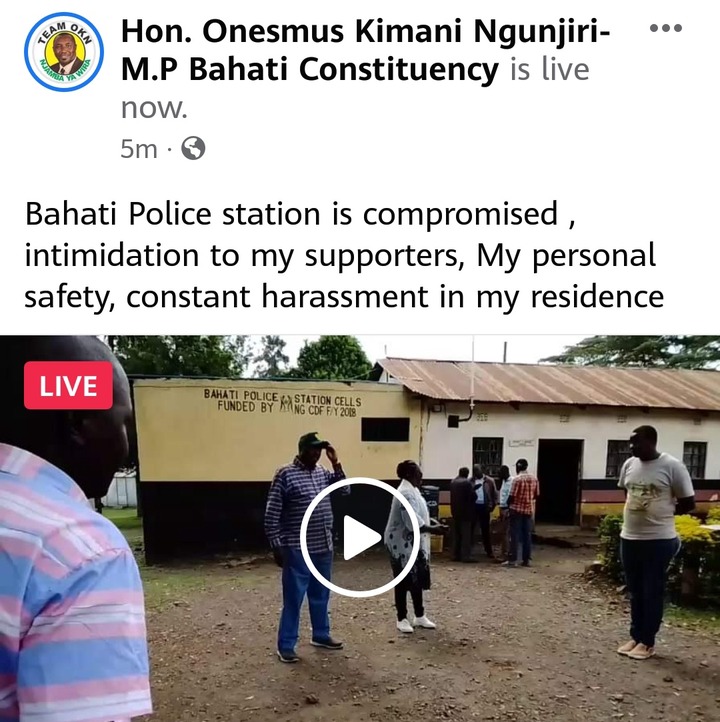 He further instructed a police Officer who was on the front desk to call His Boss immediately and let Him explain why His juniors kept harassing Him, especially during His campaign times since they impound His vehicles with flimsy reasons that they are against the campaign rules for the region. He also opened up of an Incidence where some children came to ask for food from Him, but upon delivery, the consignment was stopped and allegations followed that it was illegal.

"I have been treated as an enemy and I want you to call your own Boss now to explain why you keep running this Station like a personal property. Recently, I decided to send food to a Children's Home, but my Car was later arrested and the luggage removed with reasons that the whole move was illegal. We will not seat down and just ignore this injustice. "He added.

According to the Video, the Mp had availed Himself with two men who appeared to be injured, later sat down and started issuing statements. The Mp stormed the rooms and caused troubles leading tu some Officers moving out just to figure out How to solve the problem.

The officer on duty claimed that they never ignored Ngunjiri as He claims and they were on a mission to arrest the Culprits, adding that they have reliable information on their hideouts and the people who funded the activities.