Two Women Fight Over One Man

By Trending_Now_News (self media writer) | 7 months ago

Drama was experienced in Embakasi, Nairobi County as two bar waitresses forget over a police officer attached to the Kware police station leaving him with several injuries, according to the reports the incident occurred on Saturday evening 19th of June 2022.

After a long week of working, the Kware police officer decided to spend his weekend at a nearby bar commonly known as the Villa police station canteen.

As he was enjoying his drinks the police officer decided to invite one of the waitresses called Mueni Lucy to keep him company, the two engaged in a long conversation.

After a while things didn't go as expected with lucy as her fellow waitress Favian Nekesa who was behind the counter and was also attracted to this police officer since they had been together before woke up, Nekesa Angrily left the counter and jumped over Lucy with kicks and blows claiming that the police officer belonged to her.

Mueni Lucy fell on the floor injuring her head, when the police officers tried to intervene, he met with a flying bottle from Nekesa injuring him, the two were rushed to the hospital, however, the police officer's condition worsened and he was transferred to a city hospital where he is currently admitted. 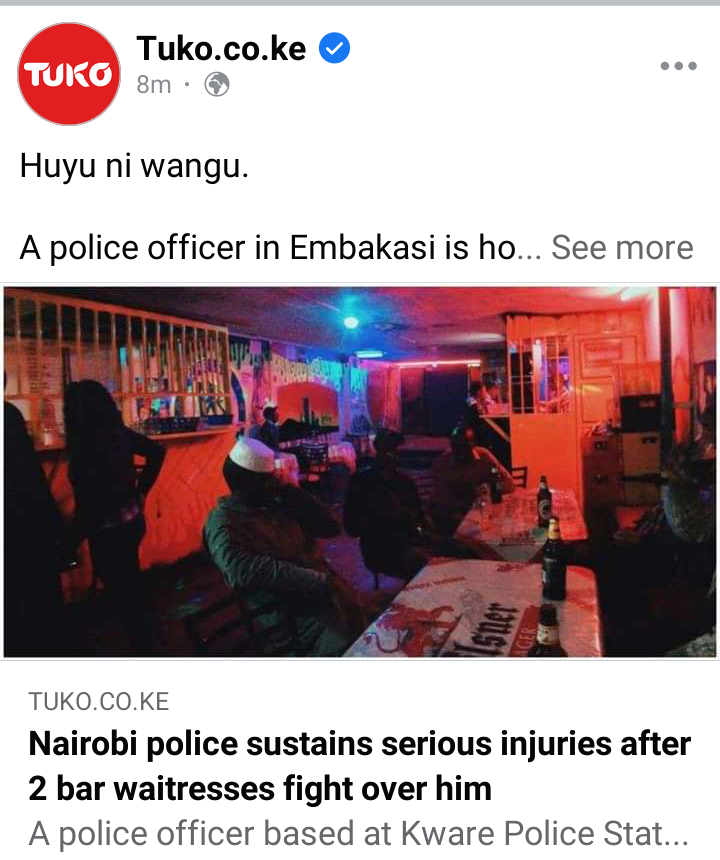 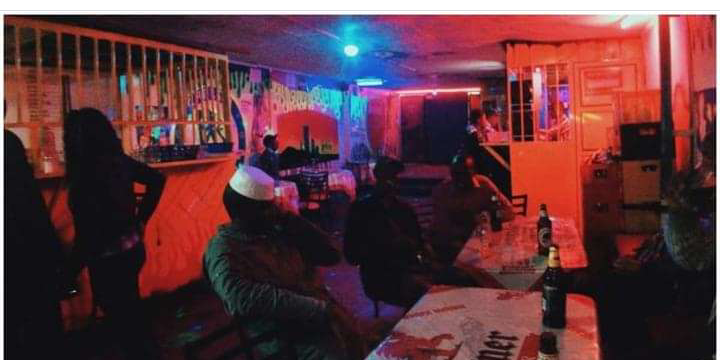