The inspector General of police, Hillary Mutyambai has finally opened up about the murder of renowned serial killer Masten Wanjala who is reported to have been murdered by a group of angry mob on Bungoma a few days ago. 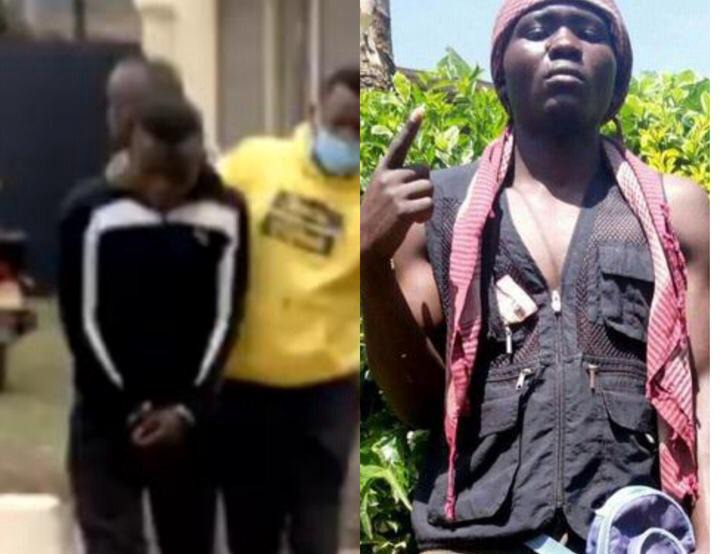 Masten Wanjala, a self confessed serial Killer is reported to have been arrested after he was linked to the mysterious dissappearance and death of a girl who went missing only to be found dead in unclear circumstances. According to the reports given by the police, they revealed that the suspect was caught by Cctv cameras walking with the deceased prior to her death.

The suspect would later be termed as a serial killer after he confirmed to the directorate of criminal investigations that this was not the first time he had killed. In his own words, he revealed that he allegedly started killing at the age of 16 years old where he murdered his Neighbor's child after which he developed an urge to kill.

A few days later, he would show police officers where he dumped his victim's bodies. However, Masten Wanjala would later succeed in breaking out from Jogoo road police station after which he went back to his hometown in Bungoma.

Unknown to him that he was not wanted, the suspect joined a football team where he played a match with a number of residents before he was brutally murdered by a group of angry residents who beat him to death.

While reacting to his escape and murder, the inspector General of police, Hillary Mutyambai has revealed that they have good security systems within all the police stations in Kenya. In his own caption, he said that it was so unfortunate that this happened but at the same time, added that three police officers have been charged with this case. 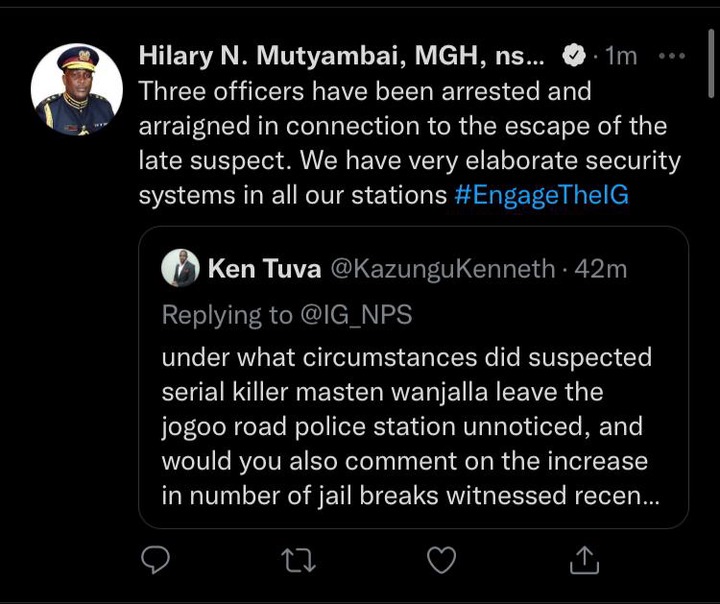