By Githuria.co.ke (self media writer) | 13 days ago 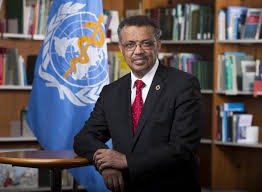 The Cereal Growers Association (CGA) has urged the government to reject the expected Global Alcohol Action Plan (GAAP) by the World Health Organisation (WHO).

The lobby said in a statement yesterday some of the action plans set to be adopted by WHO member countries, Kenya included, will be detrimental to their business and the economy at large.

"The most objectionable proposal is to establish an arbitrary global target to reduce average alcohol consumption by 20 per cent," said the association.

"Besides the fact that there is no explanation for how this arbitrary figure was reached, the deeper worry is that this figure is to apply to all alcohol consumption rather than target the harmful use, which is supposed to be the goal and which has underpinned previous WHO strategies on this topic."

The second draft of the GAAP document will be reviewed today by WHO member countries.

The cereal growers, who are major sup pliers of barley and sorghum to brewers, including East African Breweries, argue that not all drinking is harmful.

"Kenya should not commit to such an arbitrary stand," said the lobby.