By Tingting (self meida writer) | 26 days

An unnamed shamba boy from Lugari area was caught weeping like a toddler after failing to heed a very important advice given to him by his boss. 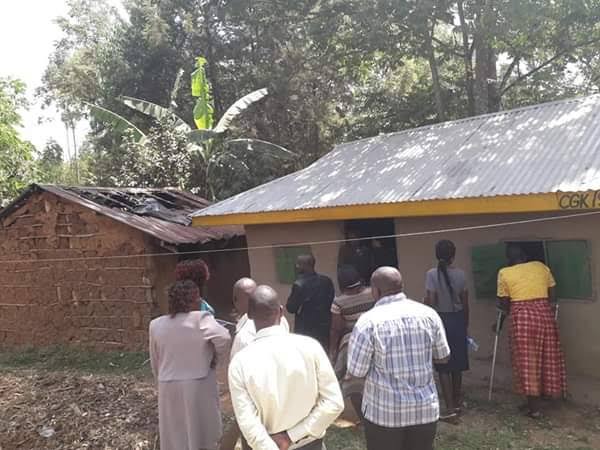 Before the man came to learn his lesson the hard way, his boss had warned him against keeping money in his pocket or hiding it under his mattress account.

However it seemed the boss' advice landed into deaf ears as he went against the boss advice.

On the material day hell broke loose, his boss remitted his two months salary into his bank account. The Shamba boy went ahead and withdrew all the cash from his account and started chest thumping to his neighbours how rich he was.

One of his immediate neighbour who happened to be a lady heard the man bragging and knew the day to reap big had just arrived.

She went to the Shamba boy's house and started to seduce him with sweet words. Her plans went on to succeed after she informed him that she would spend the entire night at his place. They took supper together and later retired to sleep and it is when the lady saw the innocent man hiding thousands of Ksh below his mattress.

She waited until the man was sound asleep and stole the whole sum of money from him without leaving even a single penny.

In the morning, the lady left early than the man expected as she was able to convince him that she was going to work.

When the man realized what the lady had done to him, he started crying uncontrollably like a toddler while regretting why he did not keep his boss' advice. 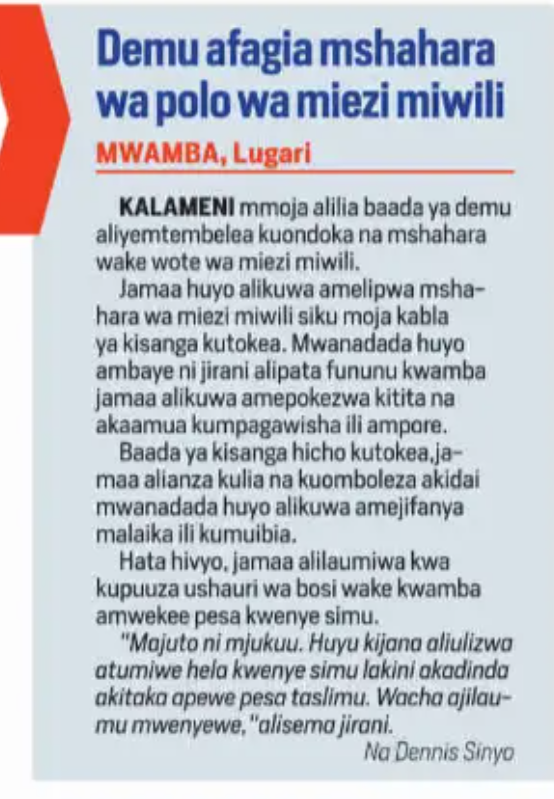 It is wise to diversify your savings across different platforms, as you should not put all your eggs in one basket. If the Shamba boy had left some of his savings into his account, probably he won't be crying.