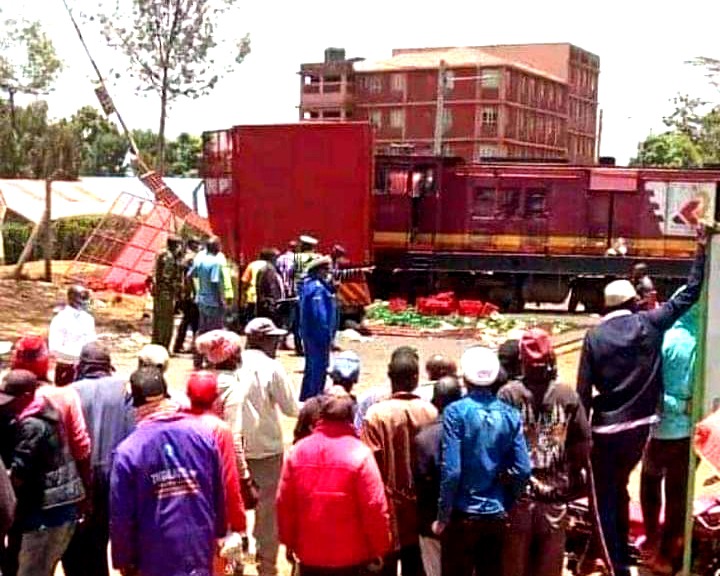 At around noon today on Wednesday of September 22nd, there's a terrible accident that happened at Karatina town in Nyeri county when a Kenya Railways train collided with a Coca-Cola truck.

Minutes after the collision, a large number of curious Karatina residents converged at the scene to witness what was happening or get an understanding of the situation.

Unfortunately, not all of them had good intentions like saving those involved in the accident but rather some of them were seeking to loot what the Coca-Cola truck was carrying upon learning that there were drinks that had been spilled.

As captured in the screenshot below, several crates of soda from the truck wreckage had been spilled on the train track and around the accident scene with some bottles having been broken. 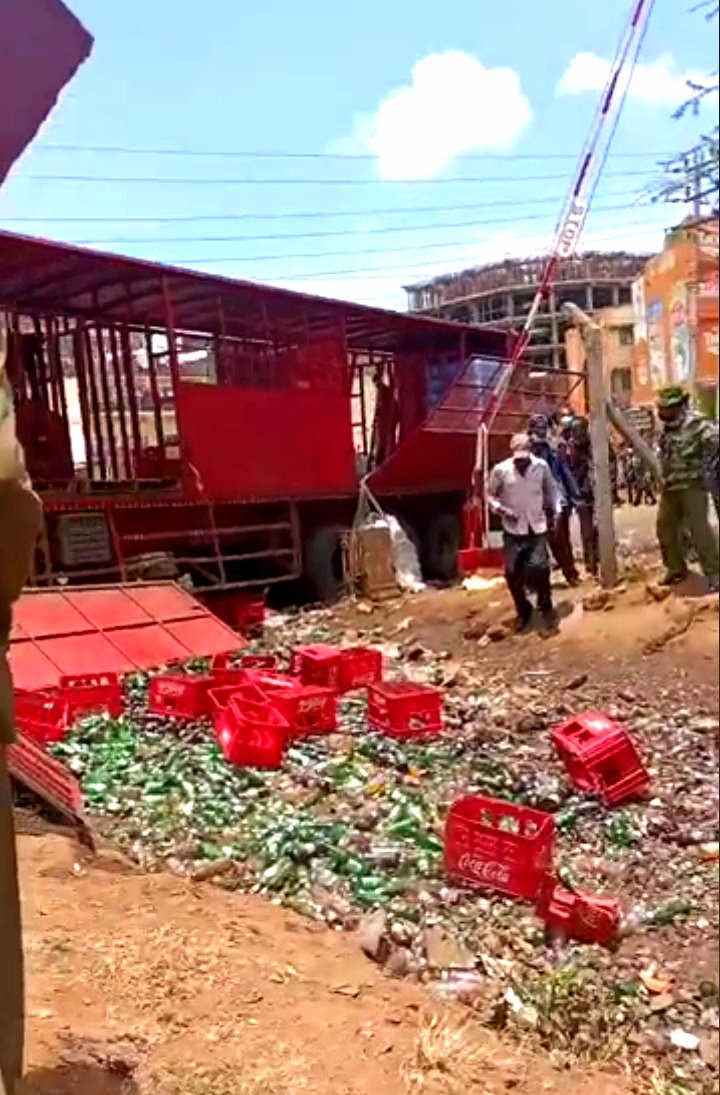 Those who arrived at the accident scene before the arrival of police officers went on a looting spree and some were even captured on camera confidently carrying the looted bottles of soda as seen below. 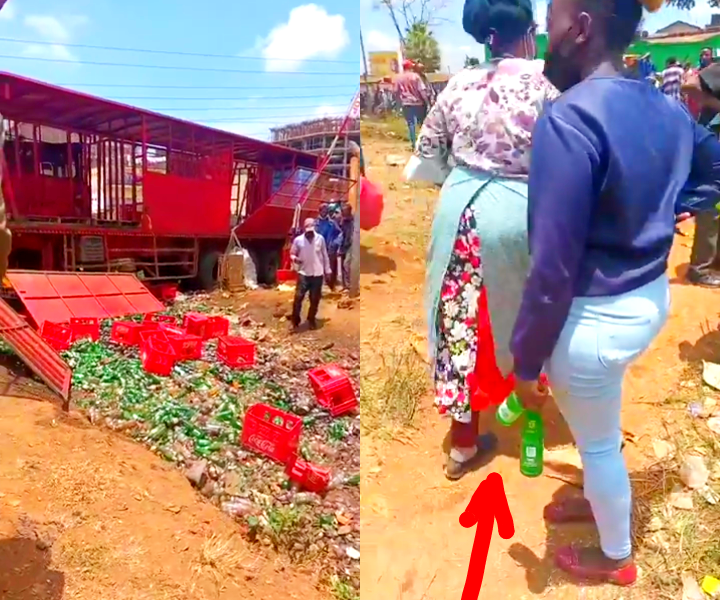 Fortunately for the looters, it didn't take long before police officers moving in quickly to control the crowd not just to prevent them from looting the beverages but also to save them from the danger they were staring at.

It can be noticed that the tanker train had various petrol wagons and those residents that were scrambling to loot the beverages were forgetting that the lorry or the train itself could've gone up in flames and things would've turned really horrific.

Question is, when will Kenyans learn? 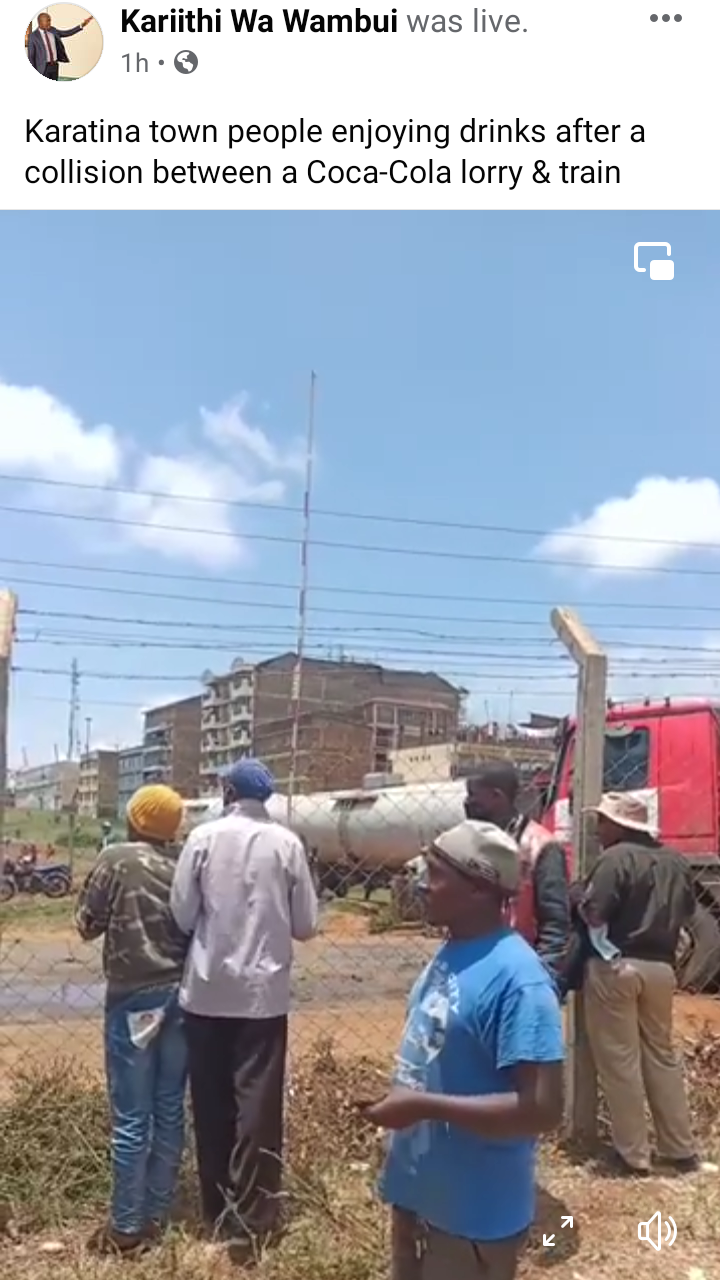 5 Ways To Make A Good Impression to other People