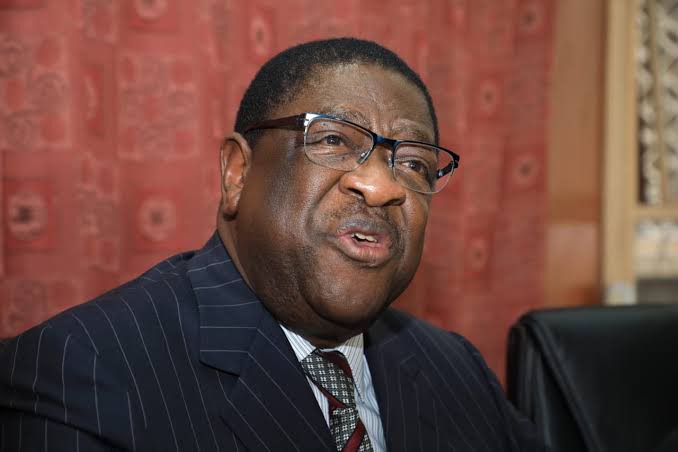 Former long serving Attorney General Amos Wako who is also the husband to Deputy Chief Justice Philomena Mwilu has finally opened up on his experience with the novel Corona virus infections.

According to a special revelation, his experience started on February 15 when attending the burial of former Cabinet minister Simeon Nyachae and later former Garissa senator Yusuf Haji the same day. 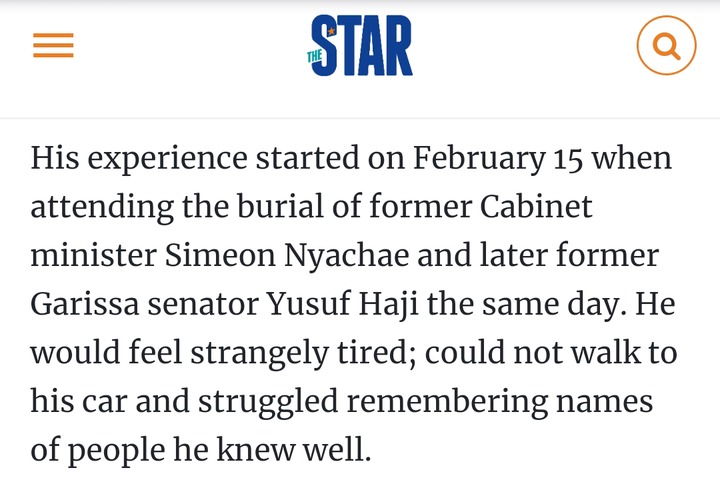 However, despite the symptoms, he overruled a likelihood of Covid-19 infections since he had been using several boosters as well as had been taking all the necessary precautions. 

However, just two days after attending the burial of the two leaders in Kisii county and Nairobi consecutively, the senator walked into a Nairobi hospital to have himself checked.

To his surprise, the doctors confirmed his fears and noted that he would not be going home since his was an advanced stage of the novel Corona virus infections.

His was serious since he has an underlying condition being one of the Kenyans who live with diabetic infections that he manages through medication.

The Busia county senator's condition would worsen later on and would force him to be put on oxygen with a warning that he would not remove the tubes for his own goodness.

He disclosed to KBC television that were it not for the sacrifice of the doctors who were taking care of him as well as his family and God, he was so close to death.

He says that he had to take sometime to reflect and get to know what life after would be and try to make sure that he resolves everything that he had to in the current life.

A lot of spiritual books gave him company as he didn't almost three weeks at the Intensive Care Unit but says that God layer had mercy on him and he came out of the hospital successfully.