Ugly Scene as Two Pastors Gang-rape Woman Inside Her House Before Stealing Her Phone, Money

Police in Eldoret are holding in custody two men accused of gang-raping a woman in Lugari, Kakamega County.

Danson Malea of African Divine Church (ADC) and Sheikh Stephen Barasa were arrested for assaulting the woman and raping her before stealing from her.

On fateful night, Malea and Barasa, together with other unknown reportedly broke into the victim's house, and tormented her for several hours until morning. 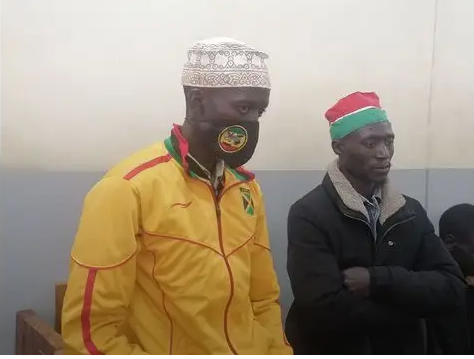 The gang had scaled a wall and entered the compound before breaking into the house where they raped the woman.

After the incident, the gang made away with the woman's phone valued at Sh7,000 and Sh700 in cash before escaping.

According to reports, the gang threatened to stab the victim as she tried to raise alarm as they left.

The woman was rushed to Moi Teaching and Referral Hospital where she received treatment.

The woman disclosed that the gang committed the act as as her two children watched in shock.

It is alleged that the gang’s motive was to rob the woman.

'This Is My 3 Months Postpartum Body.' Georgina Njenga Says As She Flaunts Latest Video.

Jeremiah Kioni's message to the nation

"We Have Volunteered Ourselves To The Opposition" Jeremiah Kioni States