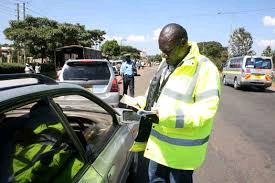 Thika Road traffic police commander Justus Oracha who confirmed the incident said that the duo are reported to be showing a piece of paper with some speed written down before robbing them10k.

According to Oracha, the two were cornered following a tip-off from six motorists who had fallen in the trap of the two suspects. 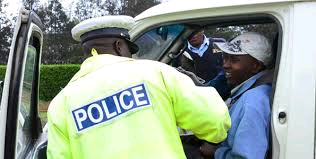 The two are said to be carrying out the illegal business along the busy highway for three days, according to reports seen by the press. 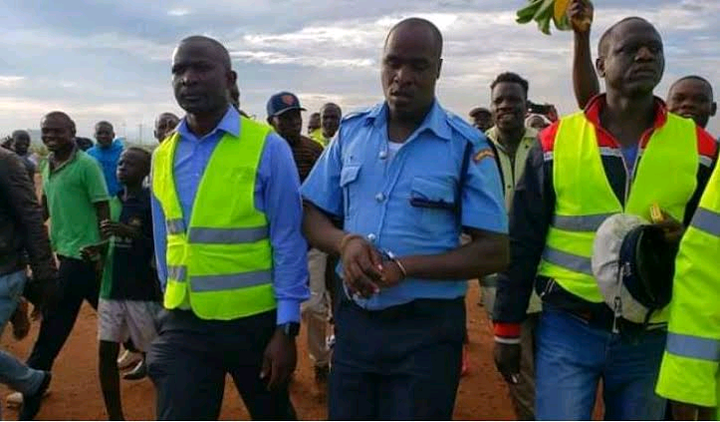 The DCI officers took away the suspects's firearms, boots and uniforms. Their firearms were handed back to Kitui police station.

The two will be arraigned on Monday next week at Kayole law courts and will be charged for obtaining money from unsuspecting members of the public contrary to section 2A Cap 2012 of the National Police Service Act. 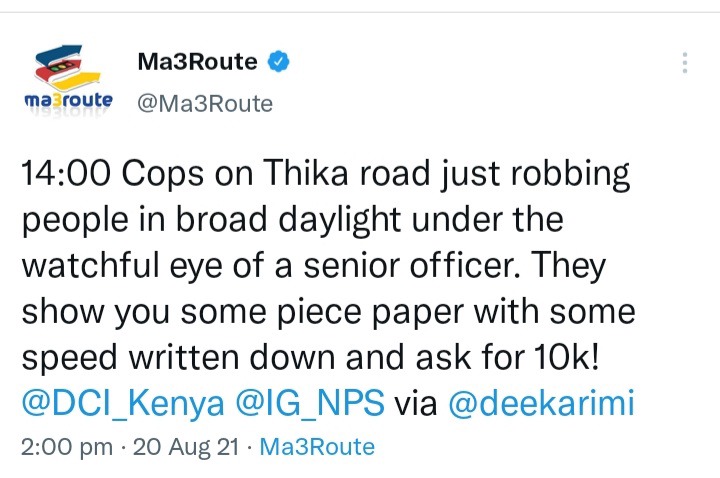 Kenyans React To Mudavadi's Tweet After Posting His Photo