By Trendingchannel (self media writer) | 2 months ago

The recovery of two mobile phones and a flash disk is a key milestone in the investigation into how the three convicted terrorists managed to flee Kamiti and who helped them. 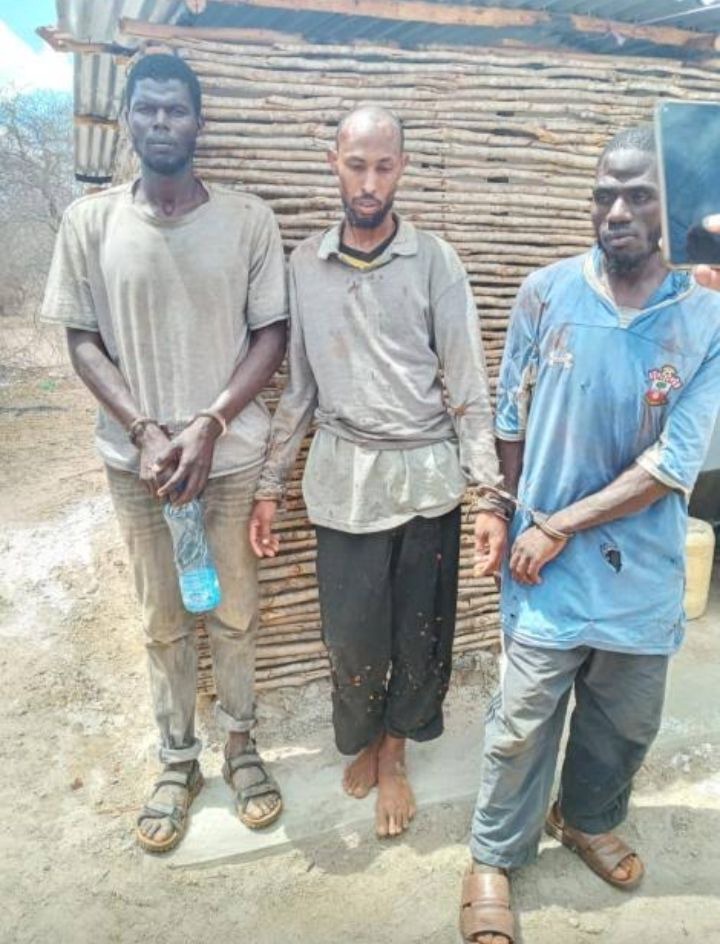 These devices will be employed in the current inquiry, according to fresh information. The devices could hold all of the information on the prison break.

These devices, according to sources, were discovered at the spot where the three convicted terrorists were apprehended in Kitui's Kamuluyuni hamlet.

A pair of earphones was also found, according to the details. Following a three-day search in the forest where the trio was apprehended, these devices were discovered.

The three inmates were conversing with other people believed to be in Boni, where they were headed, according to a team led by Mr Komu Kilonzi.

The trio, on the other hand, had no idea where they were going because they were relying on Google Maps. However, it was also discovered that the trio became stuck when their cell phones died because they did not have a way to charge them.

Furthermore, according to the article, the detectives will utilize the IMEI numbers of the two phones to recover all of the call logs. The IMEI will also assist in discovering where the two phones were purchased, which will assist in the current investigation. 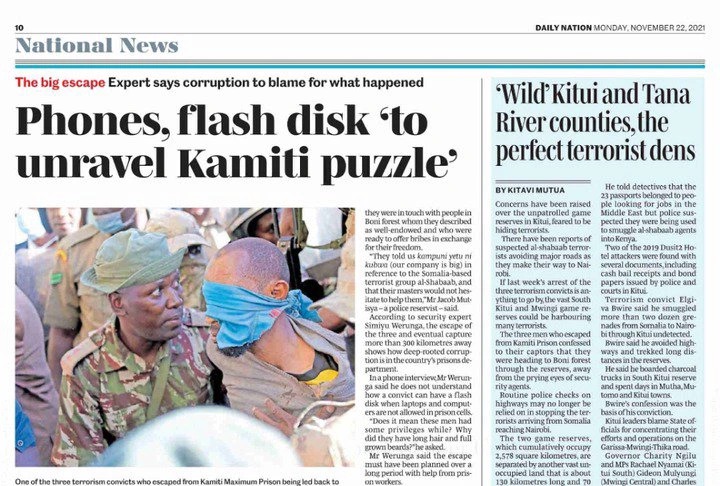 This will be a breakthrough since the security sector investigating the devices will utilize any evidence found in the devices to build a network of persons who assisted the three terror prisoners in escaping from Kamiti Maximum Security Prison.

ANC MP Who Was Locked Out Of Uhuru's Meeting Visits Atwoli.