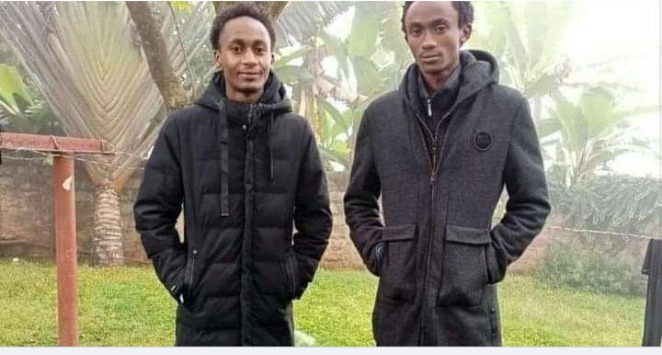 Emmanuel Ndwiga and Benson Njiru Ndwiga who allegedly died while in police custody were laid to rest in an emotional sent of. Their mother and relatives cried uncontrollably calling on the government to expedite justice for the two. The alleged murder also caught the attention of the Head of State president Uhuru who demanded a speedy inquest into the matter.

Following numerous requests from among other influential people including former prime minister Raila Odinga, interior CS Matiang'i, police IG Mutyambai, six police officers were arraigned and presented to court. The six who were charged with murder pleaded not guilty but were denied bail.

However, according to a report by Citizen TV Kenya, the six officers have demanded that the bodies of the two, Emmanuel and Benson, be exhumed for fresh inquest into the cause of their death. This is despite a postmortem that was conducted on their bodies indicated that they had head and back injuries.

Angry Kenyans have ganged up against the accused police officers saying exhumation of their bodies will add more pain to the family. It should be remembered that the grandmother to the two, Gladys, died due to depression.

Some of the Kenyans comments are posted below. 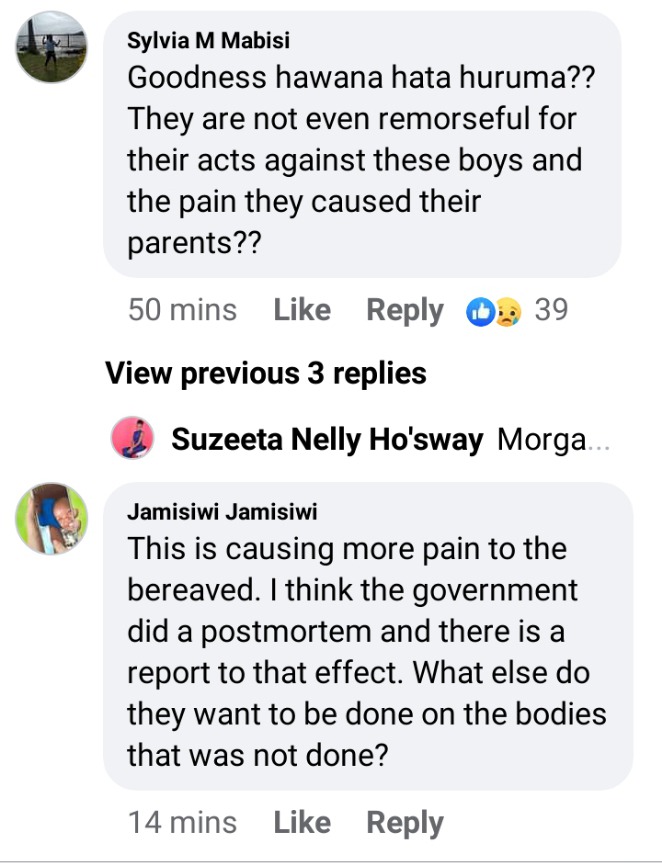 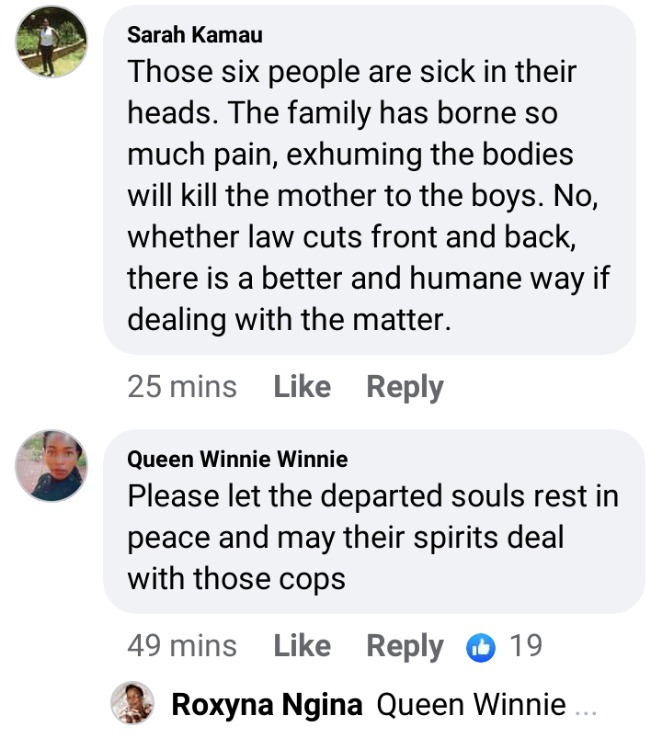