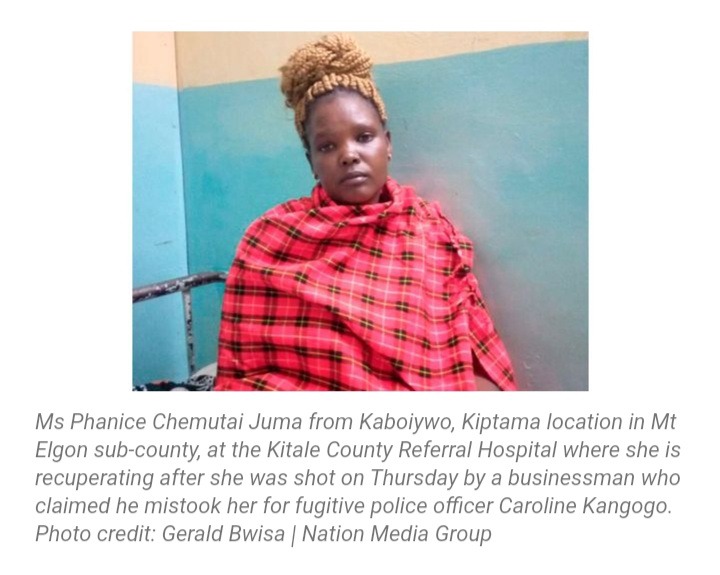 A woman, who was shot in Kitale on Friday over claims that she was the suspected policewoman Caroline Kangogo, has said her shooter was targeting her because of unrequited love.

Ms Phanice Chemutai Juma, 20, from Kaboiywo, Mt Elgon sub county, explained to the press while on a bed rest that it was her first time encounter the businessman, Mr Ken Muyundo, who she says is a licensed firearm owner and holder.

Mr Muyundo argued that he Mistakenly shot her over claims she was the killer suspect Ms Kangogo. The Policewoman is hunted over the shooting of two men. 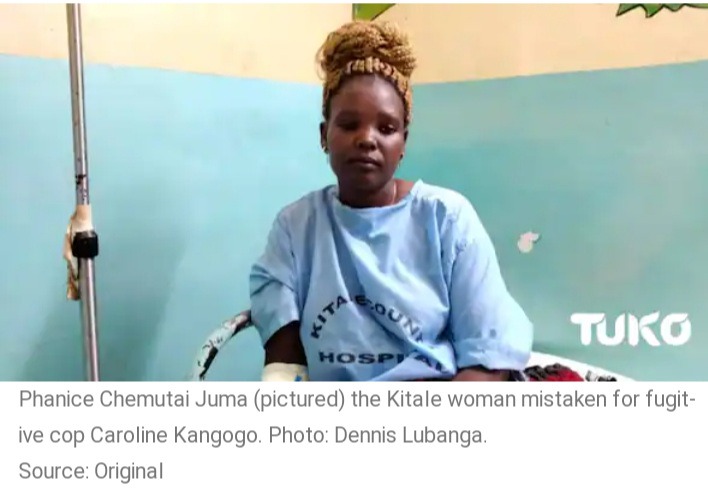 She says the saga commenced on Thursday at around 6.45pm at Kiminini market where she was to spend the night in a hotel room because of curfew.

Ms Chemutai said that she had called a relative to accommodate her but by the time he came for her, it was curfew time and they were unable to leave.

“He suggested i book a hotel room and handed me some money to buy supper,” she said.

Ms Chemutai later noted that she went outside the hotel to buy food when she found a black Prado car at the parking lot.

She said that Mr Muyundo called her to where he parked her car and she obliged.

“He said to me he was happy to meet me and would love to know to know about me. I told him I am busy and what he was upto could not take place,” said Ms Chemutai. 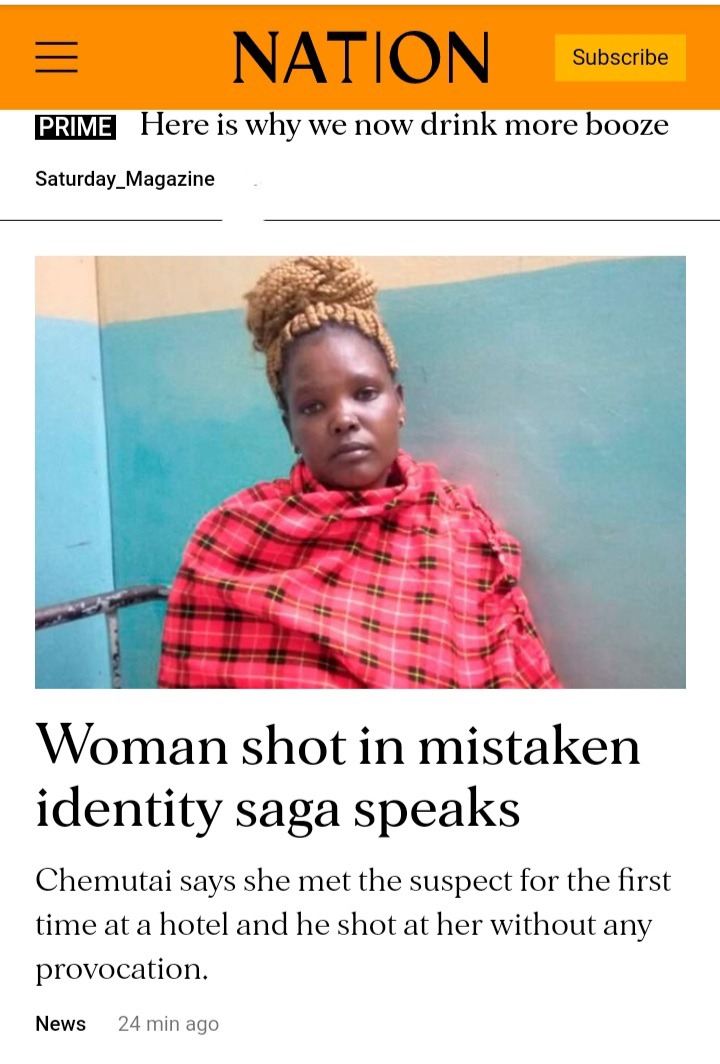 However, Mr Muyundo was insisted and even asked her the phone number, saying he would call her tomorrow.

The lady went to buy supper and while making her way back to the hotel room, she said she felt curious because the suspect kept watching on her movements. This prompted her to notify the caretaker.

“We went back where the man was and I told her the man sitting in the car. He awarded her Sh1,000 telling the carer to excuse herself. That was the time he produced his gun and shot at me quoting that I was the lady he was searching for,” she explained.