By Lilian_Aloo (self meida writer) | 3 days 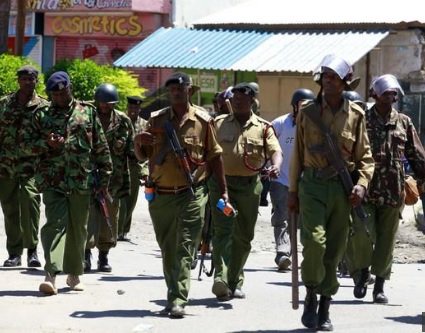 Police brutality and use of excessive force in Kenya has been an issue of concern to most kenyans even as the independent police oversight authority (IPOA) puts its feet down to try and mitigate against this.

And now, The Standard reports of a rather sad affair on what eight male police officers in Vihiga county are accused of doing to a 26-year old woman identified as Shillah Imbai.

The woman was walking near her homestead with her son recently when she saw a police van coming towards her direction with reality hitting her that neither she or her son had a face mask on.

She decided to take to the heels towards her house to escape arrest with the eight Policemen giving her a terrific chase. When she reached her house, she locked herself inside. With the police threatening to enter the house by force, she used the back door to flee.

However, she was not lucky as they chased after her, leaving her with no option but to surrender to the police. However, what the police did next that left her unable to walk is where the sad part begins.

One of them deliberately jumped on the woman's legs causing her untold pain and no sooner had they seen the damage caused on her than they started walking away.

"The police nonetheless jumped on my leg and i felt a sharp pain pass through my body. I was immobile. After the police saw the damage they started walking away," she narrated.

However, an angry mob that was following the proceedings declared that the police officers cannot leave their victim in that state and demanded they take her to hospital, something the officers obliged and dumped her at Vihiga county referral hospital in Mbale.

Eat These Foods to Increase Blood Count And Blood Circulation