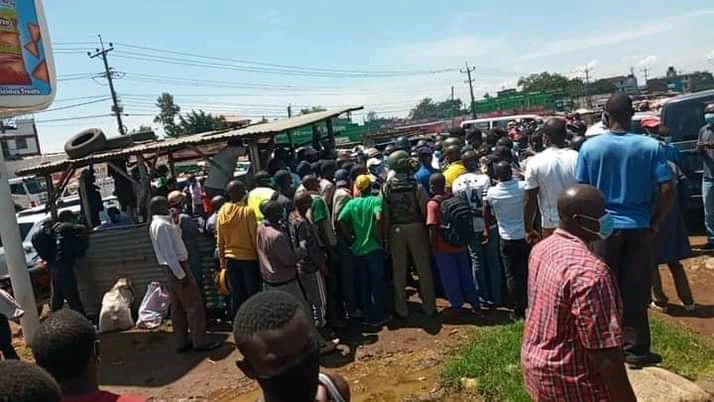 35 year old man has been reported dead after engaging himself in a fight with another man whom allegedly was engaging in bad affairs with her girlfriend by the name Njeri.

According to the news report that has been shared by Tuko on their social media platform, that incident happened in Mwiki region Nairobi county whereby one unidentified man by the name David Maina returned home with his girlfriend Njeri at late hours and confronted another man in his girlfriend's house.

Misunderstandings arose between those two men whereby the unidentified mpango wa Kando suspect allegedly became angry and took stone hence hitting Maina on his head leaving him in a critical condition before disappearing for his safety. 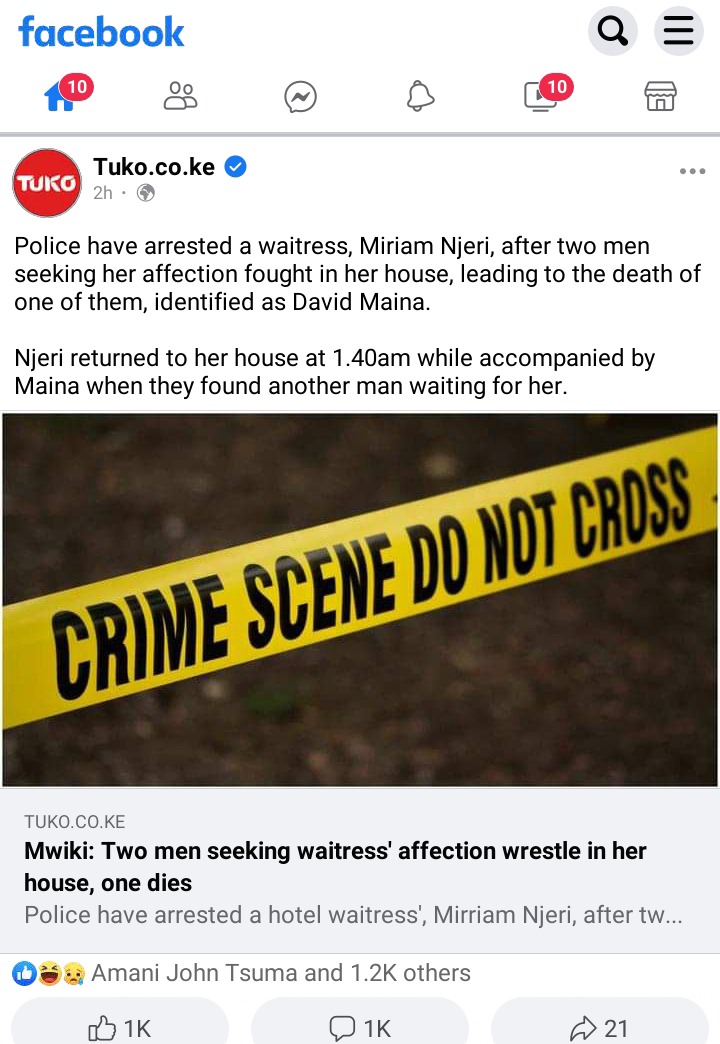 Police later on arrived at that scene and arrested Njeri and took her to the police station to assist on investigations about that Incident.

Kenyans on social media have sparked mixed reactions concerning that crime scene whereby some section of them are wondering why do people fight over women because according to the data analysis report there is more women that ken in Kenya. 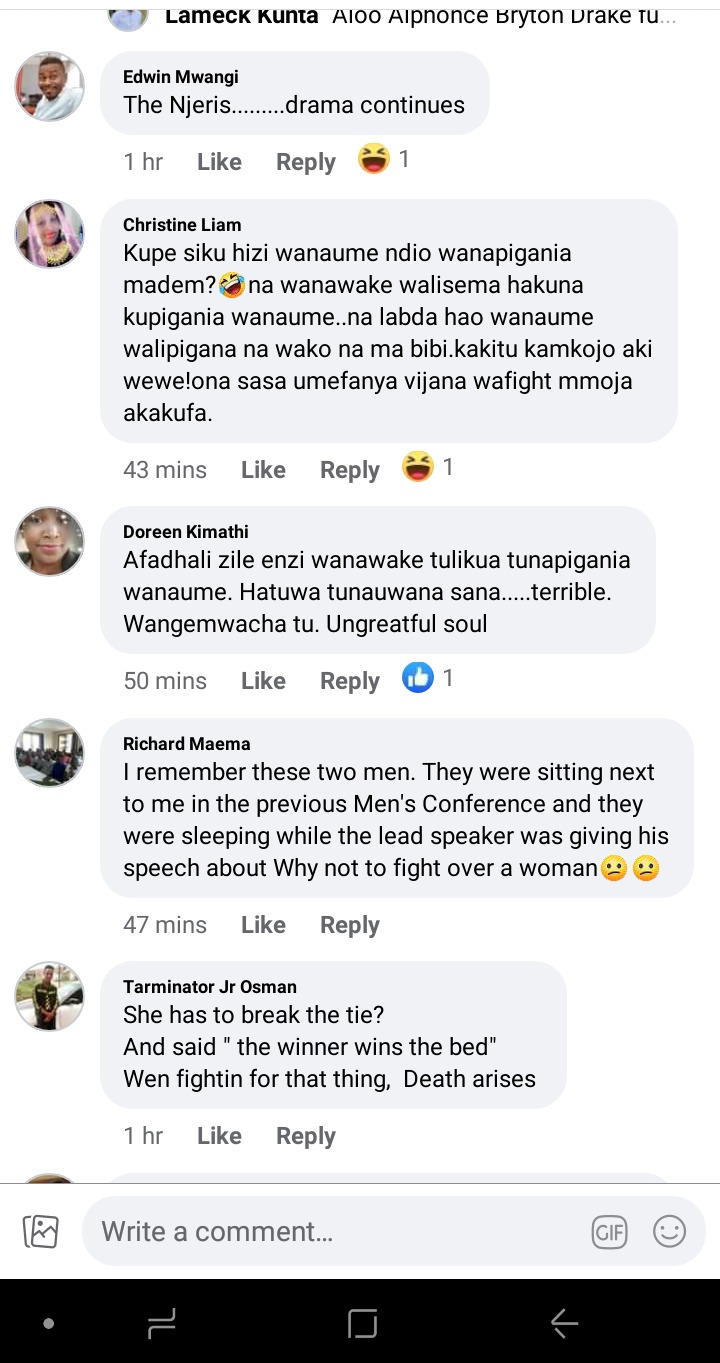 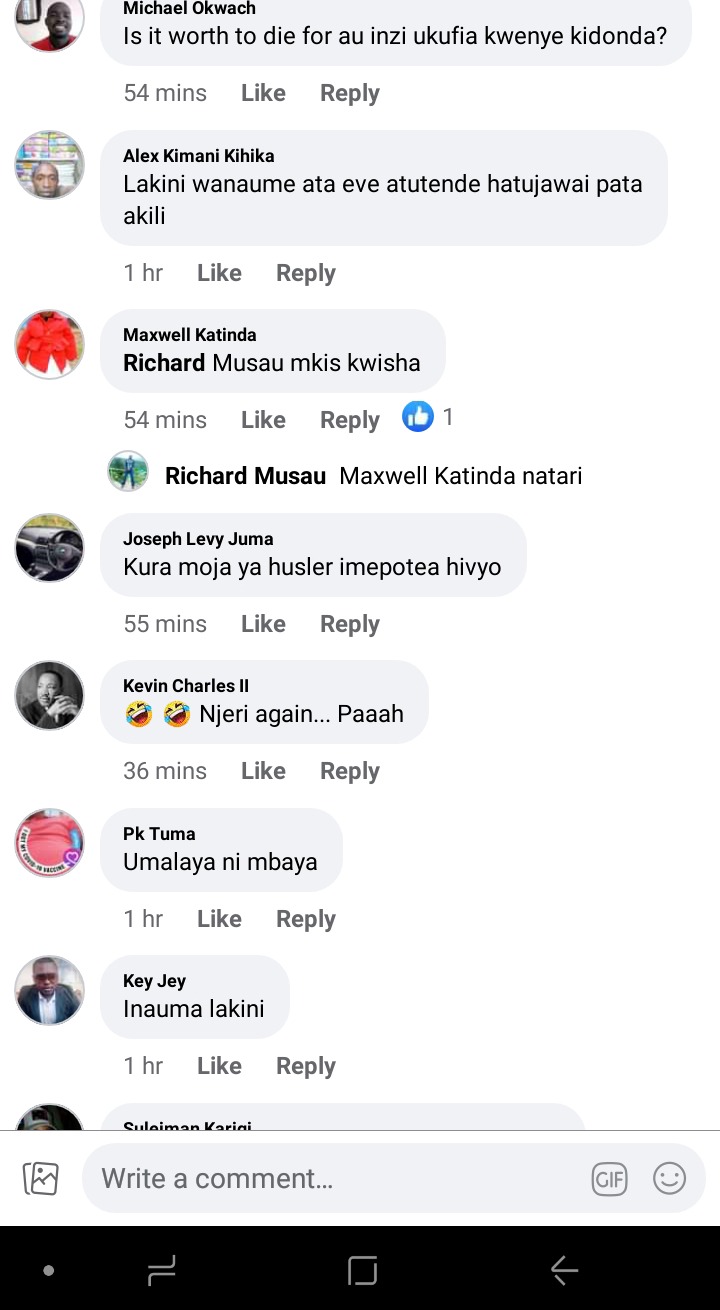 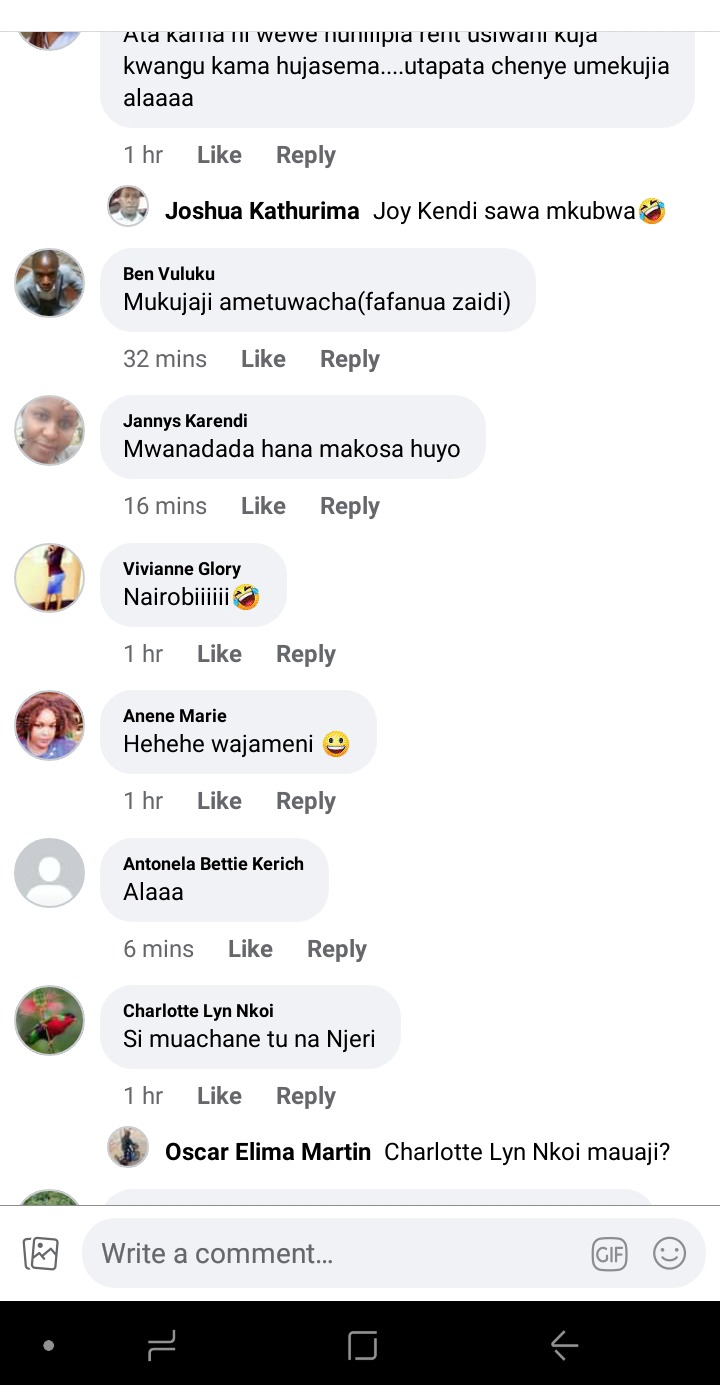 Thanks for reading and also don't forget to follow my profile for more breaking news.

Just in; MOH Delivers Good News To All Kenyans, Few Minutes After The President Hints About Curfew