A 21-year-old form two girl in Bungoma county committed suicide at her boyfriend’s house after her parents confronted her for not reporting back to school and spending the night in her boyfriend's house.

According to police reports, Joan Wekesa , hanged herself at her boyfriend’s rental room, after allegedly spending the night with him and failing reporting to school during that particular day.

While reporting the incident in social media, the mother of the deceased said she had gone to the market during that particular day, leaving the girl to take care of young siblings at home.

On returning home on the next day, she was shocked after getting reports from neighbors that the girl had spent the night in her boyfriend's house and failing to report to school on that day.

“I was told by a neighbor that Joan had spent a night with a man who works at a local concrete-making company, but when I come and asked her she looked at me and kept quiet,” the mother noted.

After further confronting her, the girl ran back to her boyfriend's house, where he threatens him that she would kill herself, the boyfriend dare to chase her from his house. “Nitakufia Hapa kwako......Usijaribu kunifukuza nita kaa hapa kwako,” she said. 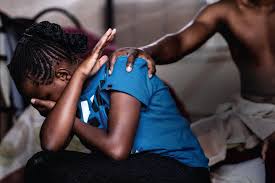 The father of the girl further noted that her daughter had abruptly refused to go to school and threatened to commit suicide if they continued to plaster her. 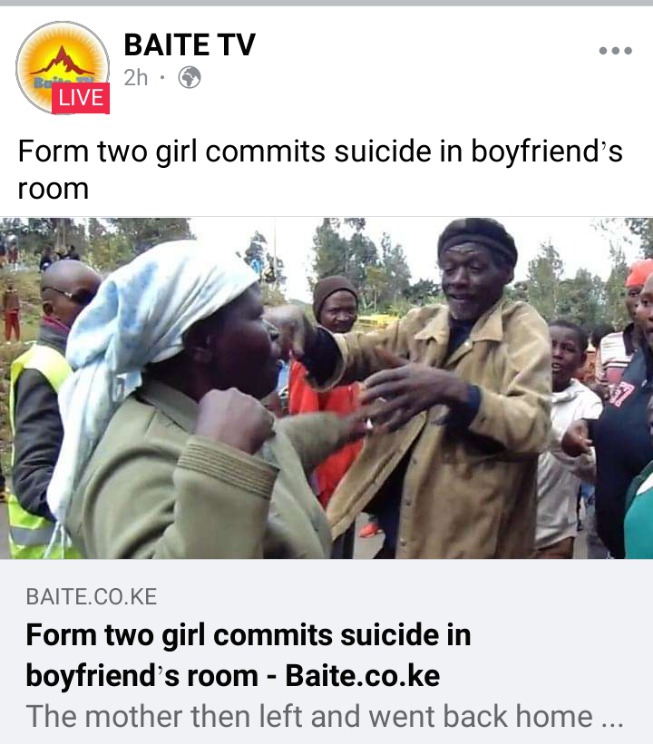