By Theprofessor (self media writer) | 19 days ago

Police Officers in Nairobi are investigating an incident where a man was allegedly killed by a friend who pushed him out of a moving vehicle.

According to the reports given by the police, it has been revealed that the deceased was rushed to the hospital where he succumbed to his injuries.

The suspect who is yet to be presented in court is set to be Sentenced by a judge.

While reacting to this incident, Kenyans who took to their different social media accounts to express their opinions on the matter have sent their condolences to the family and friends of the man who died in the accident.

According to the reports given by most Kenyans, they claimed that it is so unfortunate that the suspect decided to do this even though he knew what could have happened 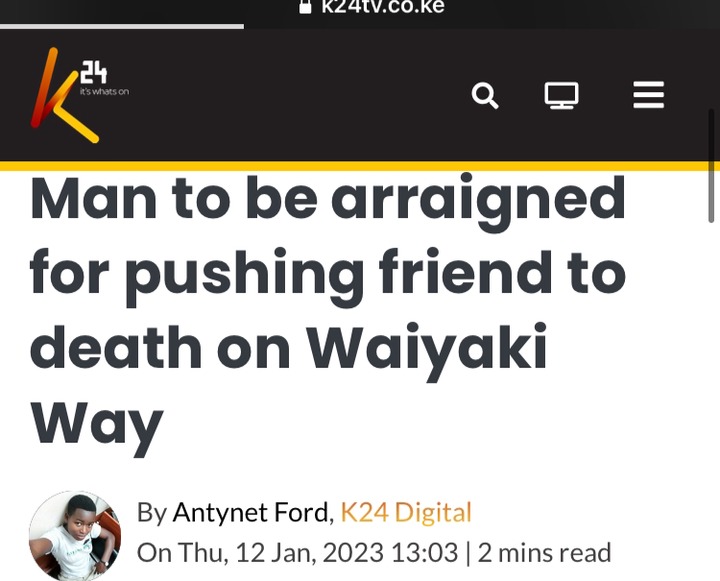