By Ogunde (self media writer) | 5 months ago

The incident took place in Ntuchiu’s home in Kimachia-Chung’ari village, Tigania West Sub-County where the deceased, Morris Mutuma famously known as Kimba was seen on the farm at around 5 pm and threaten 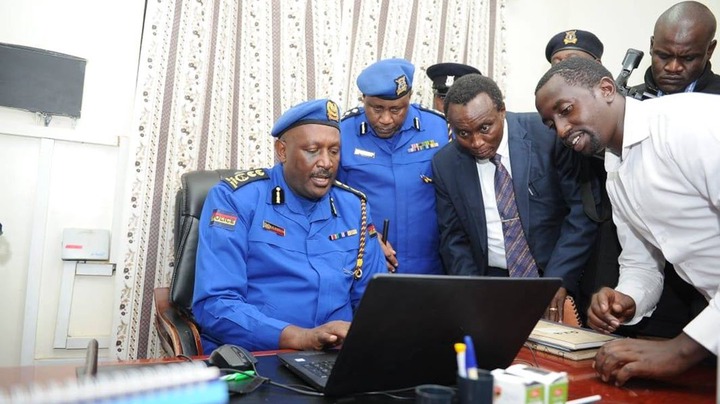 ed workers who were harvesting maize.

The resident began demonstrating over the incident claiming that the guy who is a bodaboda operator was under the influence of alcohol.

The workers were forced to disperse and made a distress call after he threatened to slash one with a sharp machete he was holding in his hand.

The Police manning the homestead rushed to the scene after being informed of the attack is when the deceased came closer and shot him in self-defense.

The Deputy Governor was not at home when the incident happened and responded to a journalist via SMS,

“I am not at home, I will give more details later.” Hon. Titus Ntuchiu replied.

Further information was revealed in a video clip that surfaced online, A man who claimed to be a friend of the deceased tried to warn him that he risked being arrested.

“ I was told that he had been spotted causing chaos on the farm, I later took my motorcycle and sped to the area, I told him that he risked being arrested yet he has a young child.” He said in a video.

The locals however said the Police could have restrained him or rather shoot his legs rather than killing.

Police Officers from Nchiru Police Station stormed the scene and took the body to the mortuary.

Content created and supplied by: Ogunde (via Opera News )