Rapist Who Gang Raped A Woman In Iran Executed By Hanging

By Krogstad.KE (self media writer) | 1 year ago 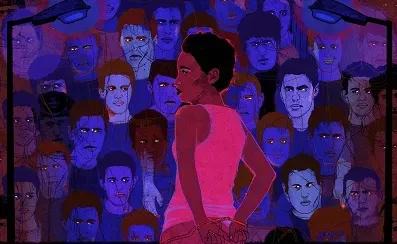 Rape is not a commonly reported crime in Iran because of the shame associated with it for the victims. A source disclosed that rape is rare in Iran. However, the source was unable to provide an assessment of rapes inside marriages. A rape victim would not be at risk for reporting a rape, but she would be socially "tainted".

The Iranian authorities would provide assistance to prosecute the offender in a rape case involving a man who was not known to the victim, and where the evidence is unequivocal. A rape case involving an offender known to the victim would not receive the same support from the authorities because they would want to know why the woman was alone with the man. In this situation, the burden of proof would be on the woman. 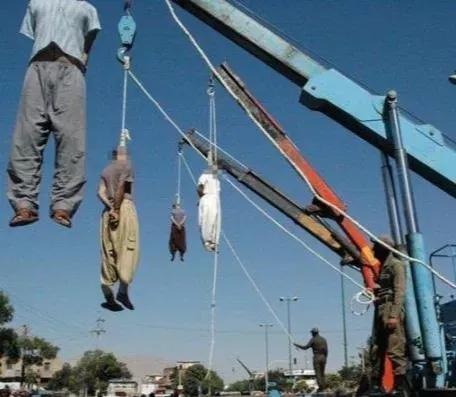 Four men in Iran have been reported to have been executed by hanging for gang-raping a woman in front of her husband who they tied up and made to watch the horrific scene. According to sources, the wicked attack occurred while the couple was climbing a mountain in the Khorasan Razavi province of Iran.

After a thorough police investigation on the case, the men, identified as Ruhollah Javidi Rad, Mohammad Sayadi Baghansgani, Mohammad Hosseini, and Mohammad Watandoost were hanged on Monday, March 16 as reported by the Iranian media. The suspects were spotted by the Iranian police and were charged with kidnapping and rape and with threats of violence towards their fellow man.

The horrific incident saw the suspects tie the victim’s husband’s hands and feet together before s3xually assaulting his wife right in his presence. The Criminal Court of Khorasan Razavi forwarded the case to the Iranian Supreme Court where the four men were sentenced to death by hanging in Mashhad Central Prison. However, it is often a difficult occurrence for men to be prosecuted over s3xual crimes in Iran as the laws are usually framed to work against rape victims who often face counter charges of adultery, indecency, or immoral behavior after reporting an s3xual assault to the authorities.

Content created and supplied by: Krogstad.KE (via Opera News )