By ondolo (self meida writer) | 7 days 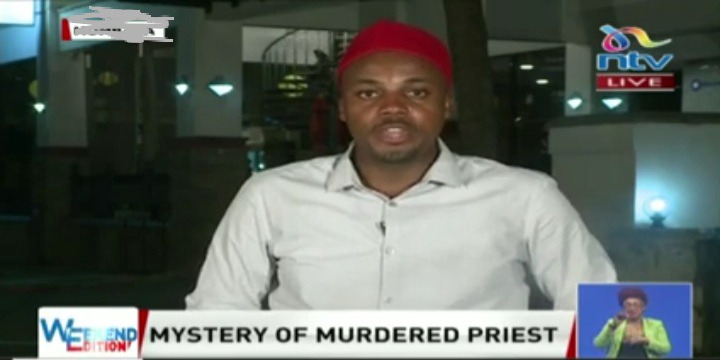 Shocked and disbelief engulfed kagwa village in Migori County after body of slain priest who went missing some few weeks ago was found murdered and dumped along the banks of River.

According to local reports, the body of the deceased identified as Tommy Mason, 38,was found on April 21 murdered and dumped along the banks of a river in kagwa village, Migori County today.

Four suspects have been arrested in connection to the murder of Tommy Mason, the Parish priest of Chacha Seventh Day Adventist Church. 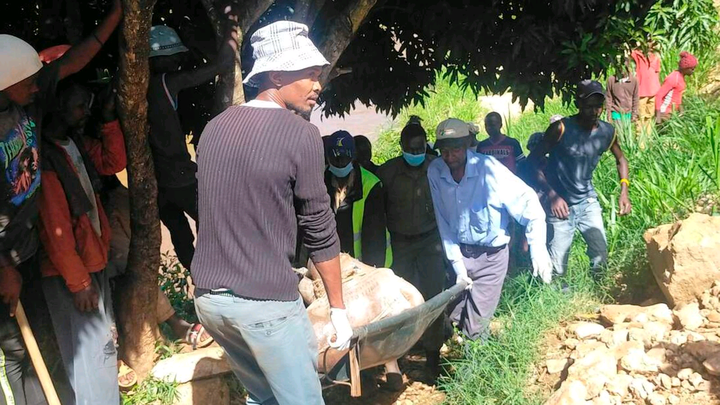 According to the Director of Criminal Investigations (DCI), two men arrested on Friday, April 29 were believed to have been involved in the murder and killing while the two remaining suspects are believed dumped the slain priest to where he was dumped.

“Two pangas stained with blood were recovered from the suspects and taken to the kagwa dispensary for further Forensic analysis. Investigations into the murder continues,” the DCI reported on during his burial.

Hundreds of onlookers gathered at the crime scene couldn't believe their eyes as but watch helplessly some taking pictures and videos. 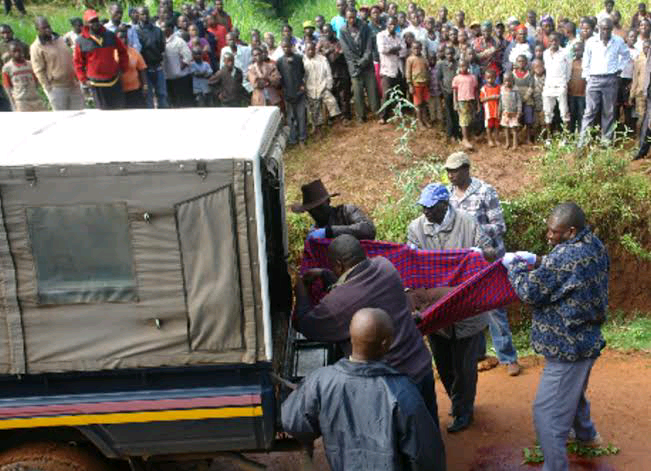 "We came across two knives and two pangas suspected to have been used in his murder from the shallow hole he was dumped,"one of the onlookers said.

Mr Tommy was reported missing from April 3, while on his way home after a church service. After the service the priest was reportedly said to have left in a company of five men and never reached home.

“He left the church on April 3 sunday at around 2pm, riding his motorbike. He was accompanied by five visitors who came to visit our church on the day he went missing,” said Judith Atieno, his wife.

Two men who led the police to the scene where the man was murdered and dumped were the first to be arrested in connection to the murder. The body of the slain priest was moved to Migori Hospital Mortuary awaiting postmortem examination.

The motive of the grisly murder is yet to be made clear even though a substantial amount of money is reported to have been withdrawn from his bank account during the period he was missing.

Mr Tommy was the only child in his family and fifth priest of the Seventh Day Adventist Church of Migori as at 2021.

Migori County Police Commander is yet to give an official statement on the murder of the slain priest.