By MrAnchor. (self media writer) | 1 year ago 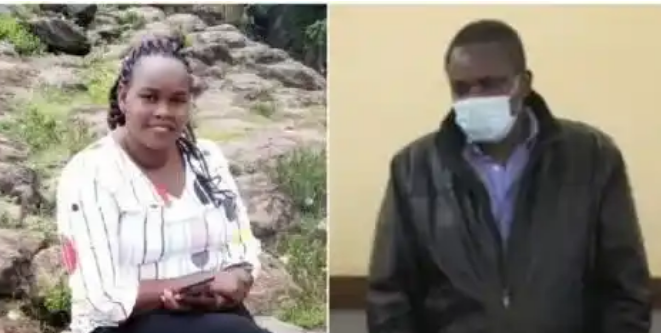 Few days later, she shot herself dead at her parents home in Nyawa village Elgeyo Marakwet.

Kangogo was found in a sitting position while hunched over and leaning against the bathroom wall. Her legs were outstretched while crossed and her face covered with a dark-green shawl from behind with her right hand lying on the floor of the bathroom with her thumb and index fingers holding the pistol.

However, a licensed firearm holder shot a woman he reportedly mistook for wanted Caroline Kangogo in Trans-Nzoia County.

The woman identified as Phanice Chemutai Juma was shot in the abdomen by businessman Ken Muyundo at Kiminini Market.

According to latest, it is alleged that the prominent businessman was found dead inside his house on the morning of Tuesday, November 30.

Confirming the incident on Wednesday, December 1, Trans Nzoia County Criminal Investigations Officer Francis Kihara revealed that drugs and juice were found inside the house of the deceased in Kiminini.

He stated “Assorted drugs and juice were recovered from the bedroom and will aid the investigation officers establish the possible cause of the death,”

The tycoon's mother, Florence Muyundo, confirmed that she stumbled upon her son's lifeless body when she went to find out about his whereabouts.

His employees had called her asking about the tycoon's whereabouts after he failed to show up at the hotel.