Police in Machakos are holding a police officer in connection to an incident of violent robbery on Sunday night.

The officer identified as Kevin Sila and his accomplice David Muringi were arrested following a distress call from students at Machakos University.

The DCI said in a statement that the suspects waylaid two Machakos University students as they headed to their rented quarters on a bicycle last night. 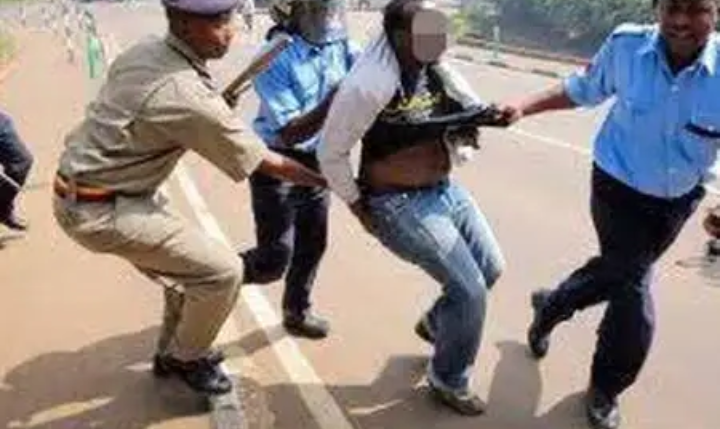 They descended on the students with kicks and blows before robbing them.

However, one of the students managed to escape the wrath of the two robbers and took flight screaming, attracting the attention of other students.

The students responded swiftly and managed to rescue their colleague.

The robbers handed back the stolen phone as the angry students were baying for their blood. It was too late for the robbers to escape as police from Machakos police station arrived at scene and arrested them.

The two are expected to be charged with robbery with violence this week.

The officer’s action is an isolated indiscipline case that do not represent the Police Service's moral values.