Police officers from Homabay are currently investigating an incident which reportedly happened yesterday in the evening after the body of a student from KMTC was found dead in her room. 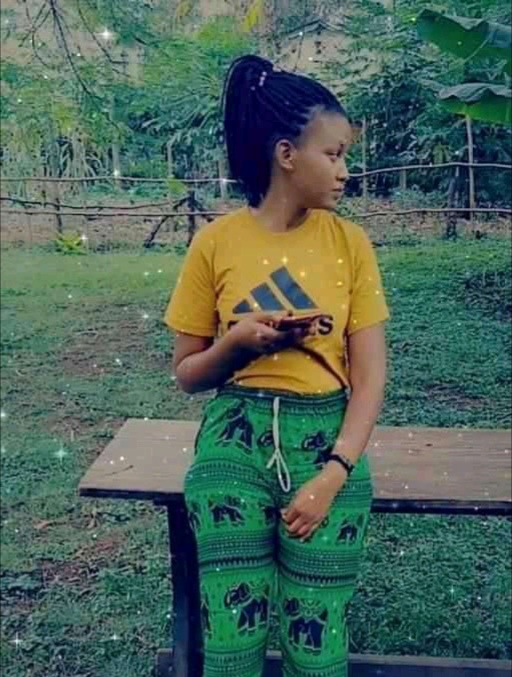 According to the reports given by one of the witnesses who has been identified as Mc Tall, he revealed that the lifelsss body of the deceased whose name is yet to be disclosed was found in her room two days after she was reported missing.

Reports have it that the deceased who is suspected to have been Murdered by unknown people was found lying in bed in what was considered as a murder incident after her body was discovered lying in a pool of blood.

The body of the deceased was later taken to the mortuary by police officers who responded to the incident after being alerted by one of the residents as investigations are set to commence in order for them to find the actual cause behind the woman's death.

In a statement which was given by the university management, they revealed that the deceased was reported missing several days ago. This was was followed by a dramatic scene after the school launched a search for the deceased who was later found dead in her room.

Due to this reason, KMTC students along with the university management has called upon the director of criminal investigation to look into this before things get out of hand because according to them, this was not the first time A student was being Murdered. 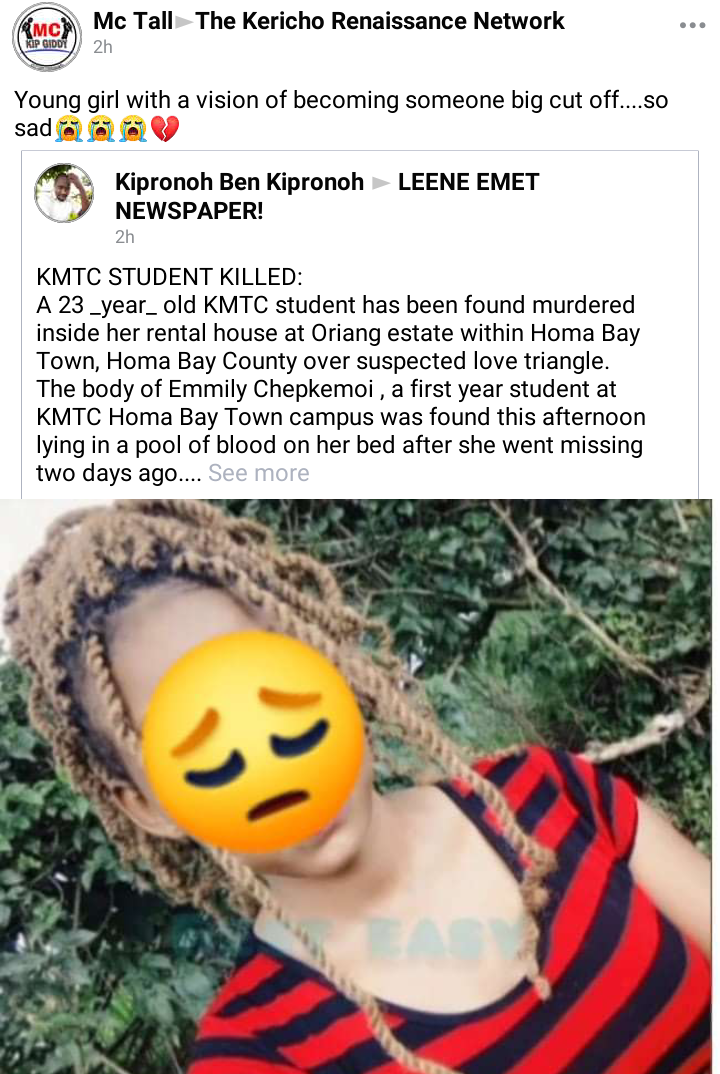 Facebook Hacking is Real, It Happened to Jackie Maribe

Newspapers on Thursday, July 29: The Nations, The Standard, People Daily And Taifa Leo