Sadness has engulfed residents of Elukhongo, in Butula sub-county, Busia county following the death of a 32-year-old man. According to DCI, it is reported that the deceased who has been identified as Juma arrived home while drunkard late in the evening on Wednesday and demanded food from her mother. 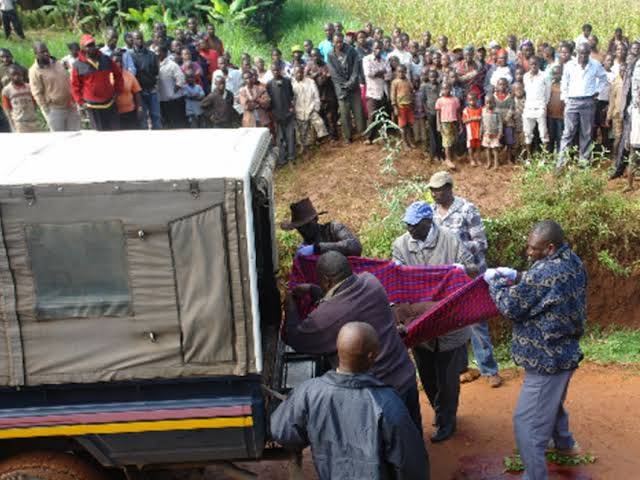 When her mother told him that the food was not ready he descended on her mother with blows and kicks making her calling for help. Her two sons Pascaliano Odhiambo, 29 and Bonveture Ouma 19 who were nearby responded to the mother distress call only to find their elder brother Juma assaulting their mother.

It is reported that the two brothers gave their elder brother a thorough beating that left him fighting for his dear life. Early on Thursday morning their mother woke up and go to check after Juma on his house only to find his son lying dead on the doorstep of his house with a deep cut inflicted on his head slightly above the ears.

Her mother immediately alerted local securities agencies who called in detectives at Butula. During cross-examination in their home, a machete, jembe and rungu believed to have been used to murder their brother was recovered, documented and collected by the Busia based crime scene personal. 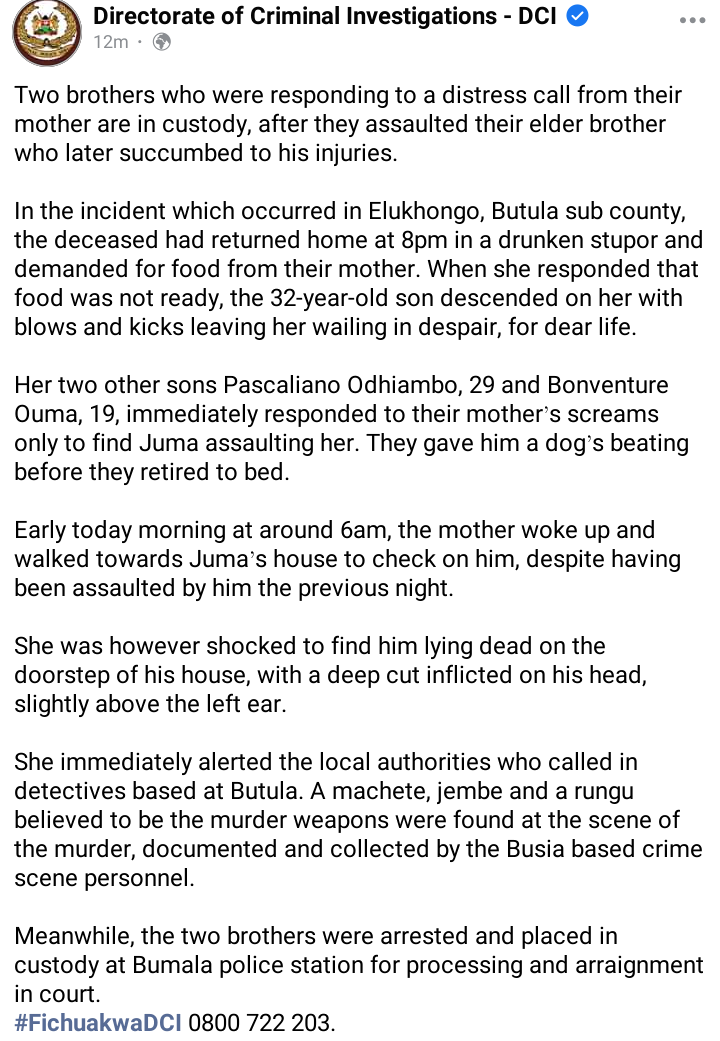 Raila For First Time Quotes The Bible, Reveals In Which Book His Azimio La Umoja Slogan Comes From

Migori Lady 22 Killed, Put In Sack Naked And Left In Lodging By Assailant

Dagoreti Family Woke Up To A Rude Shock, Man,20, Murdered Cousin,7, And Dump Body Next To House Door

Dear Ladies, 8 Things That Nobody Will Tell You About Cheating That Will Badly Affect You.