By Lochwachwa (self media writer) | 1 month ago

Female general mutilation is a practice where several communities has been practicing for a long period of time. Females are the most affected people and young girl's in most communities. 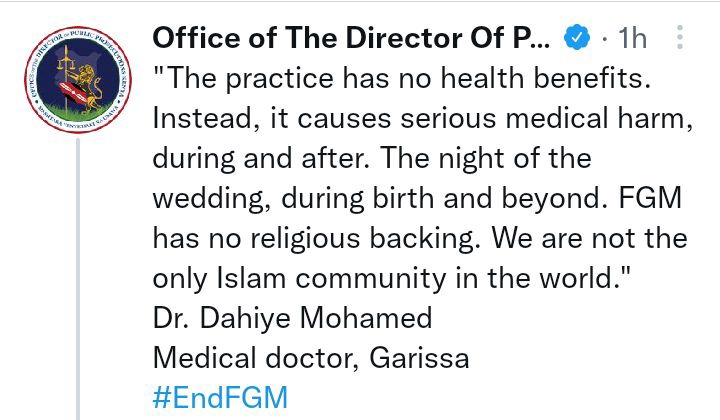 Today, the government with collaboration with the DPP has issued a stern warning to the Kenyans especially those communities who practice FGM. According to the source, DDP said that they are warning those people who are encouraging FGM and arrest them according to the law. They added that they are going to use men in fighting and reducing FGM in the country. "It is the men who will help win the fight against FGM. They did this in Kisii and they can do this in Garissa and other counties where FGM is prevalent in Kenya," said Jacinta Nyamosi. 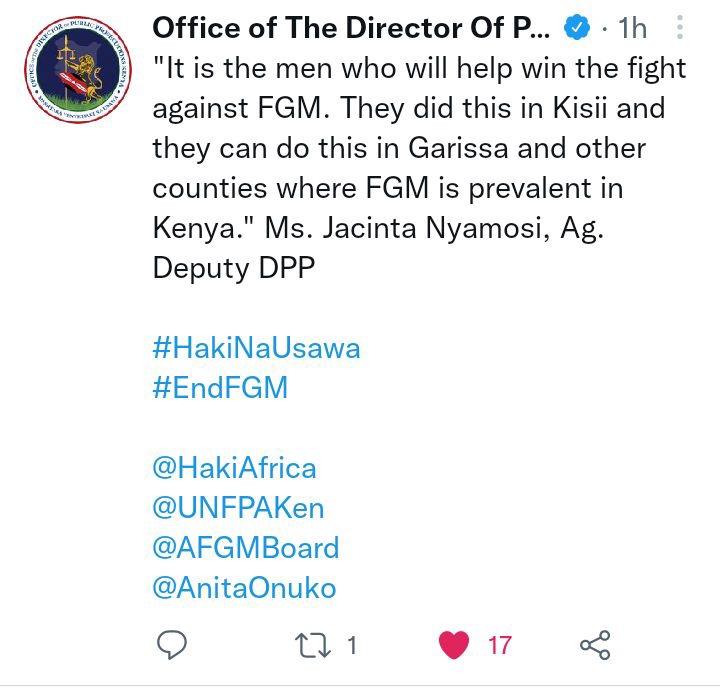