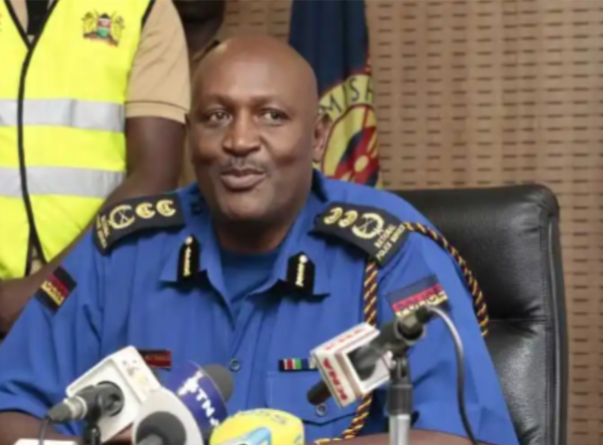 The National Police Service (NPS) on Sunday, October 17, issued a statement regarding the health of the Inspector General Hilary Mutyambai.

NPS dismissed the reports that the Inspector General is unwell and clarified that the news that have been spread on social media are fake.

Reports had surfaced on social media alleging that the Inspector General had been rushed to hospital after he reportedly collapsed on October 16.

Hillary Mutyambai have not been seen on the public since then.

The National Police Service (NPS) insisted that the Inspector General is fine, healthy, and that he was on his duty.

However, there had also been reports that the IG was out of the country on official duty.

He had been attending the 23rd Annual General Meeting for Eastern Police Chiefs Cooperation Organization (EAPCCO) in Kinshasa, Democratic Republic of Congo which ended on October 16.