By Rent (self media writer) | 2 months ago

A police officer who disappeared on December 2020 and became the most wanted officer by the court and police service, has been found in Kenyatta National Hospital fighting for his life after months in coma. Constable Reuben Kimutai went missing on December 2020 when he was on leave. 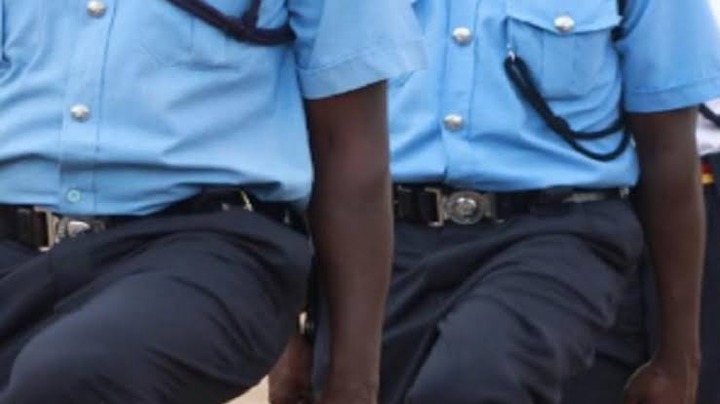 He failed to report back to work on January 2021 and an arrest warrant was issued against him on Makadara Law Courts. Court ordered the officers to look for him and to present him on court in March 2021 but their search bore no fruit. Then they were given another date. Process to remove his name from payroll begun.

Reuben Kimutai was involved in a hit and run accident on December 20th 2020 and admitted in KNH where he was registered as Augustine Neto in the ICU. 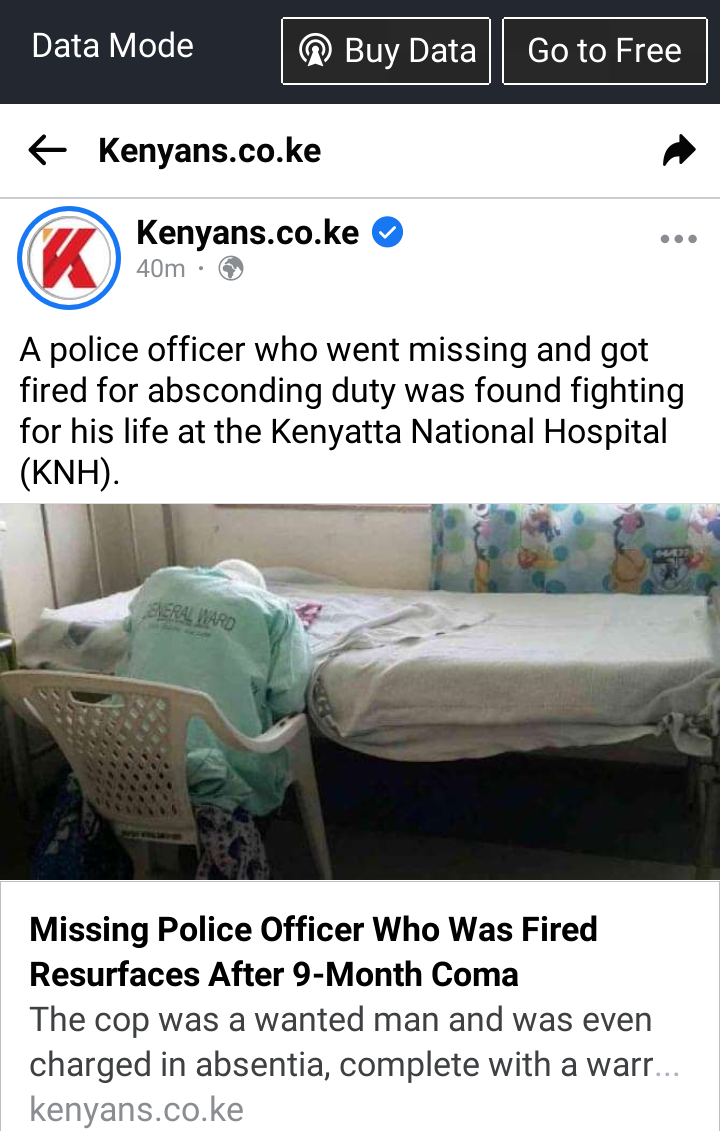 On August, he regained consciousness and he told the doctors his real name and that he was a police officer. KNH immediately wrote a letter to National Police Service and Makadara Law Court where his case was withdrawn and process to reinstate him on payroll begun.

He has recovered from the injuries but his memory is not fully recovered.