By DCI_Updates (self meida writer) | 1 months 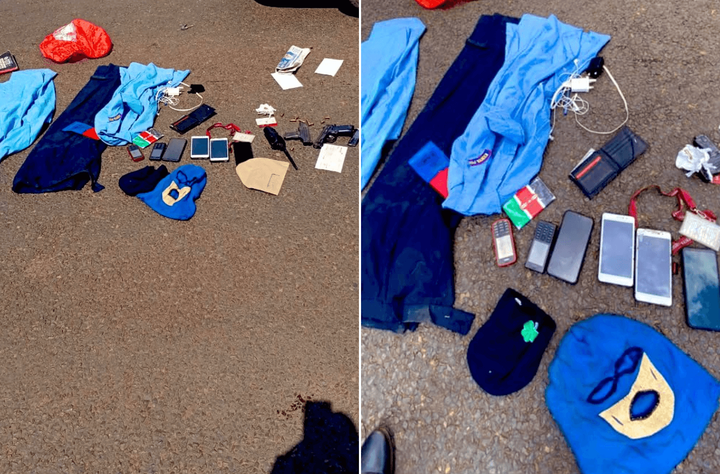 Five gangsters have been shot dead today - Tuesday, May 18 - afternoon, in a fierce shoot-out with detectives from the elite Special Service Unit (SSU).

The bloodthirsty miscreants who were armed to the teeth were on a robbery mission to Kakamega, before they were gunned down.

The gangsters were flagged down at Makhokho but they defied the orders & resorted to shooting at the detectives indiscriminately.

However, their feeble attack was no match to the detectives’ hail of gunfire that immobilized them within seconds, leaving all of them fatally injured.

SSU detectives who were acting on intelligence, had trailed the suspects stealthily along the Kakamega-Kisumu road, before they pounced on them.

The marauding five-man gang that was traveling in a silver Toyota Belta, had also planned to commit a series of other robberies in Bungoma and Mumias towns, before their mission was cut short.

Two firearms were recovered from the suspects including a mini ceska CZ75, loaded with 6 rounds of 9mm calibre. Also recovered were a Police pocket phone, a pair of blue Police shirts, a pair of navy blue Police trousers, balaclavas, among other items.

The bodies of the suspects were moved to Kakamega County Referral hospital, pending identification.

Should you have any information that you would wish to share with the DCI anonymously, please dial 0800 722 203. #FichuaKwaDCI, USIOGOPE!

"It Is Bad Manners For Me To Discuss My Boss President Uhuru Kenyatta On Live TV," DP Ruto Says

'She Is The Reason I Work Twice As Hard.' Nana Of Zora Flaunts Her Daughters Pictures Online