Sex Worker Claims Men Approached Her at Night, Did the Unthinkable on Her Body, Left Her Unconscious

By Trending_newstar (self media writer) | 3 months ago

Elizabeth Njeri, a confessed night worker in Narok town who offers her body to random men to get money in return, is currently seeking justice after people well known to her approached her and assaulted her at night when nobody was watching.

According to Njeri, who also doubles as a barmaid at Munjus bar, an entertainment joint in Narok town, she has been doing the business to feed her children after failing to clinch a better job that would enable her to put food on the table.

Narrating how she was almost left lifeless, Njeri says that in the wee hours of 2nd November 2022, two men approached her and assaulted her on allegations that she went away with their money; efforts to get justice proved futile as she was turned away because she was too drank to narrate what transpired.

Edith Mwihaki, the victim's mother, said that her daughter reached her in the morning, claiming that a group of men had assaulted her; she rushed to the scene only to find her daughter lying unconscious outside a bar immediately ef; she ran to Narok Referal Hospital where she was treated and discharged.

According to Fredrick Shiundu, the Narok North and Central sub-county police commander, the victim and her mother visited the police station while drunk and were forced out and told to come back when sober. Shiundu claimed that the woman is on record for stealing money from older men who only need satisfaction in bed, he also said that Njeri had been warned severally about the job, but she has refused to turn over a new leaf. 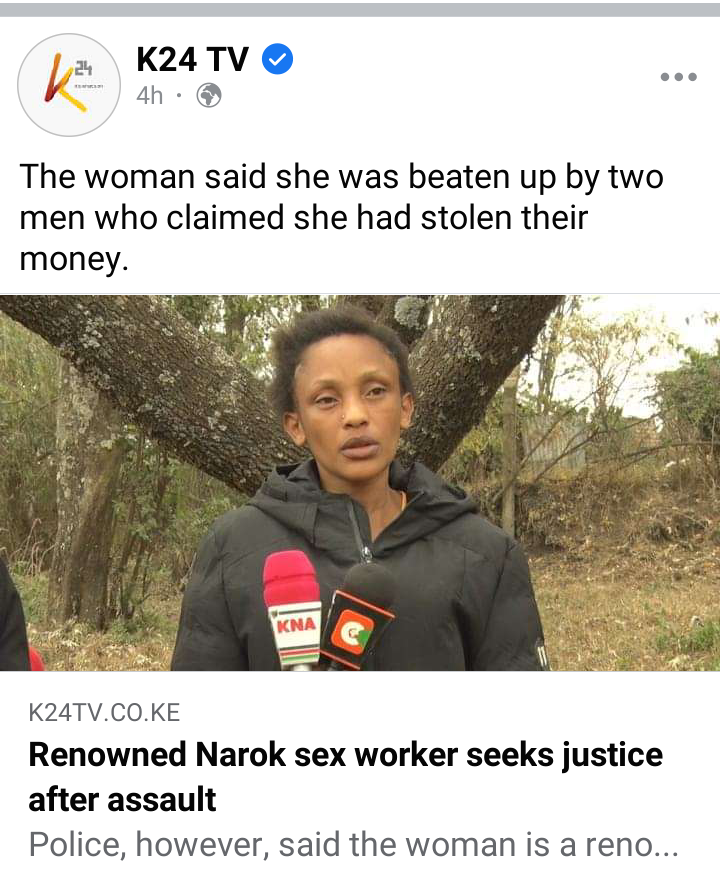 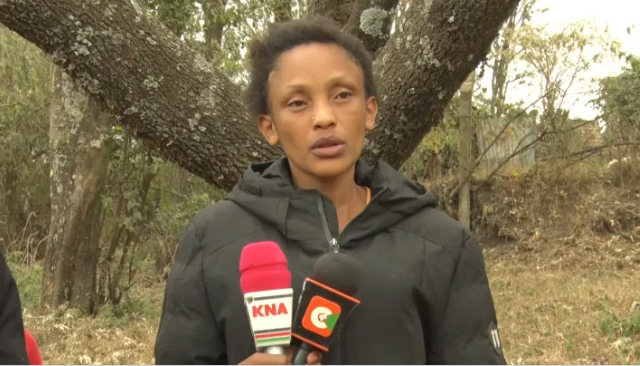