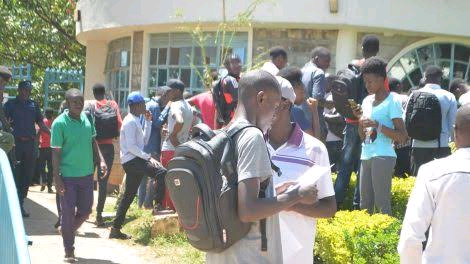 Kirinyaga university boy who visited his girlfriend at Jomo Kenyatta University of science and technology (JKUAT) killed in a bitter fight with co-boyfriend, a finalist at the institution.

This is after on sunday January 16, 2022 Tylon Mbuthia, a second year student at Kirinyaga University, went to see his lover Margaret Nyambura, a first-year student at JKUAT.

The two lovebirds were later caught hugging each other by Brian Andaki, a fourth year student at JKUAT who was Nyambura's long time lover.

Nyambura cheated Andaki that the Mbuthia was her cousin and he brought her some foodstuffs.

A bitter fight ensued after Andaki got the wind that Mbuthia was his Nyambura's boyfriend and not her cousin.

The two boys fought bitterly with the latter wielding a kitchen knife stabbing Tylon to death.

The two hour commotion took the attention of their fellow comrades who found the lifeless body of the deceased lying inside the hostel.

The suspect later fled the scene after stabbing his colleague to death. 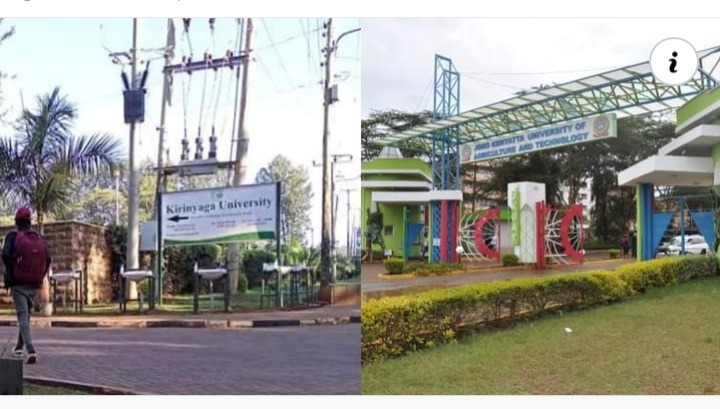 The body of the deceased was transferred to the hospital mortuary for postmortem.

The lady is currently being detained at the nearby police station pending police investigations in the matter. 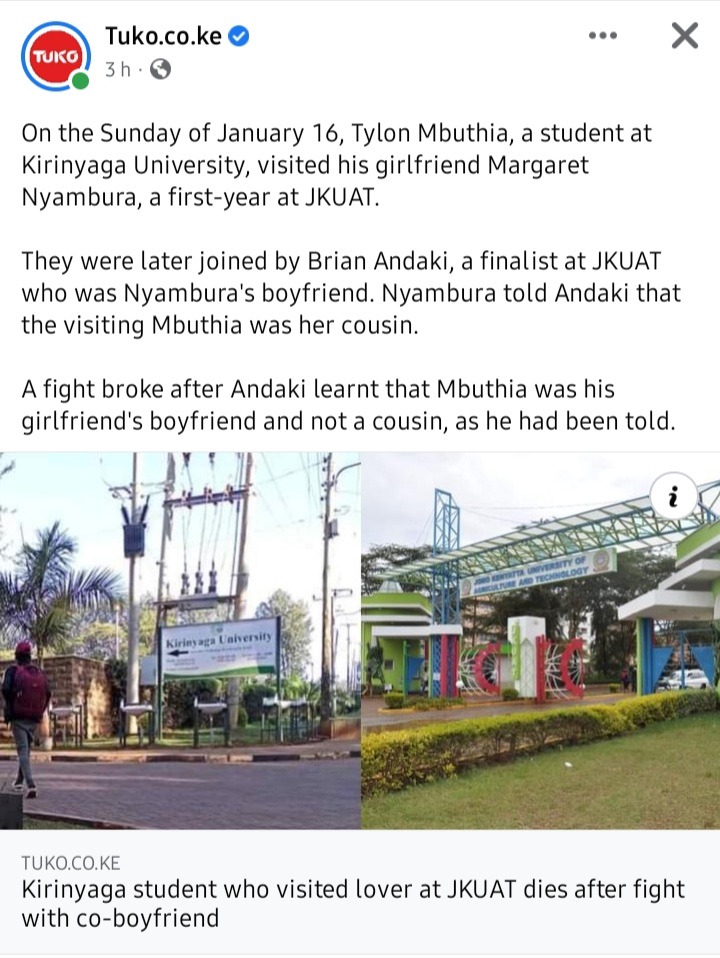 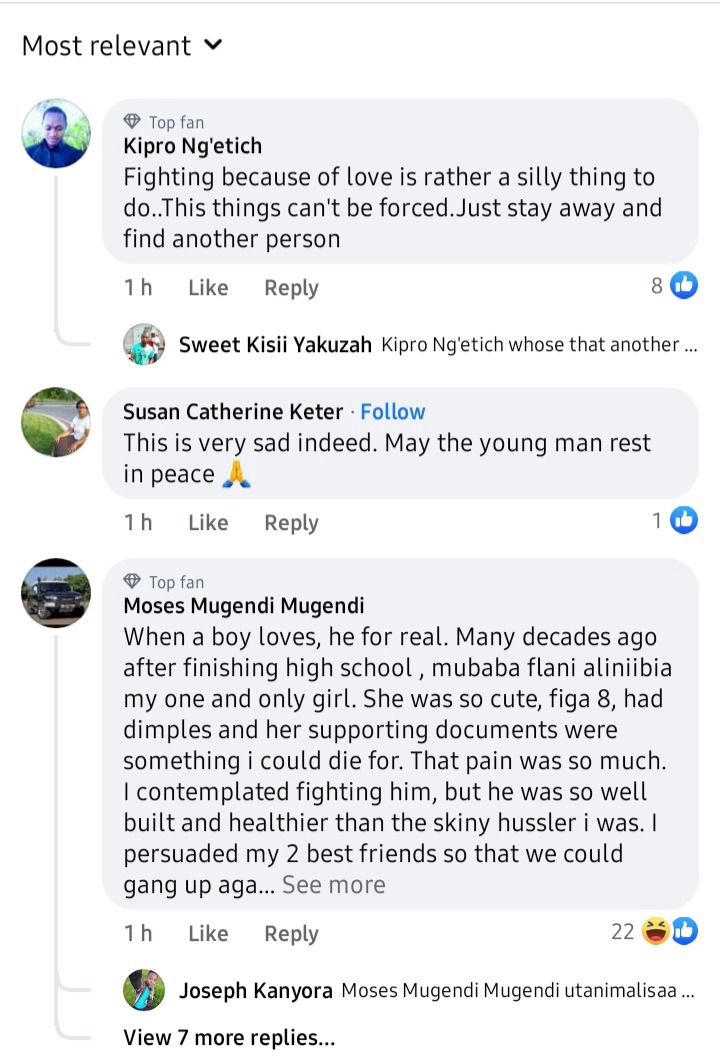