A few days ago, Kenyans were shocked to learn of the deaths of three women in Mawanga of Nakuru County in shocking manner that left the entire place shook and unsure of what to do. 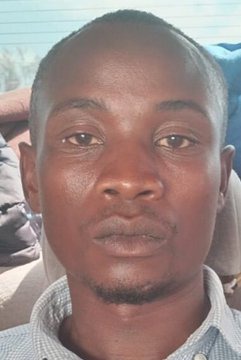 Picture courtesy. Evans Michori Kebwaro, who is suspected to be the mastermind behind the Mawanga killings in Nakuru County.

The government, swooped in through the National Police Service and began their investigations to ensure that the culprits are brought to book and no such incidents ever happen again.

This saw several suspects arrested while some are still on the loose with the Cabinet Secretary of Interior Security, Dr. Fred Matiang'i vowing to bring an end to the Confirm Gang operating in the area.

This morning, five suspects were arrested by the authorities in connection to the Mawanga Murders that brought the country to its knees.

Evans Michori Kebwaro was arrested in Keroka Town of Kisii County where he had gone into hiding after being implicated in the murders.

He named his accomplices who were five in number much to the shock of many Kenyans who are following up on the unfortunate events.

This evening, according to reliable reports from Citizen TV, the mothers to the five suspects who have been arrested by the authorities, have denied their sons' involvement in the crime.

Rather, they have pointed an accusing finger at Evans Michori Kebwaro who is said to have been caught with some stolen items and the young men helped tie him with ropes before police came.

The moms say that Kebwaro swore revenge on the young men and this is why he named them in the list of those he has been committing the crimes with.