In a news report that has been shared by a reliable source of information, it has been revealed that the suspect allegedly rushed to the police station after killing the deceased after which he claimed that they had been attacked by a group of suspects who killed the deceased.

This was followed by a dramatic scene after the police allegedly found out that the suspect was lying after questioning him for a while.

While reacting to this incident, kenyans who took to their different social media accounts to express their opinions and suggestions on the matter have sent their heart felt condolences to the family and friends of the deceased urging the police to make sure that the suspect is charged by a court of law.

According to the reports given by most Kenyans, they claimed that it was so unfortunate that the government is yet to do something about the increasing cases of murder and suicide in the country despite the fact that Alot of people are currently Loosing their lives in Kenya. 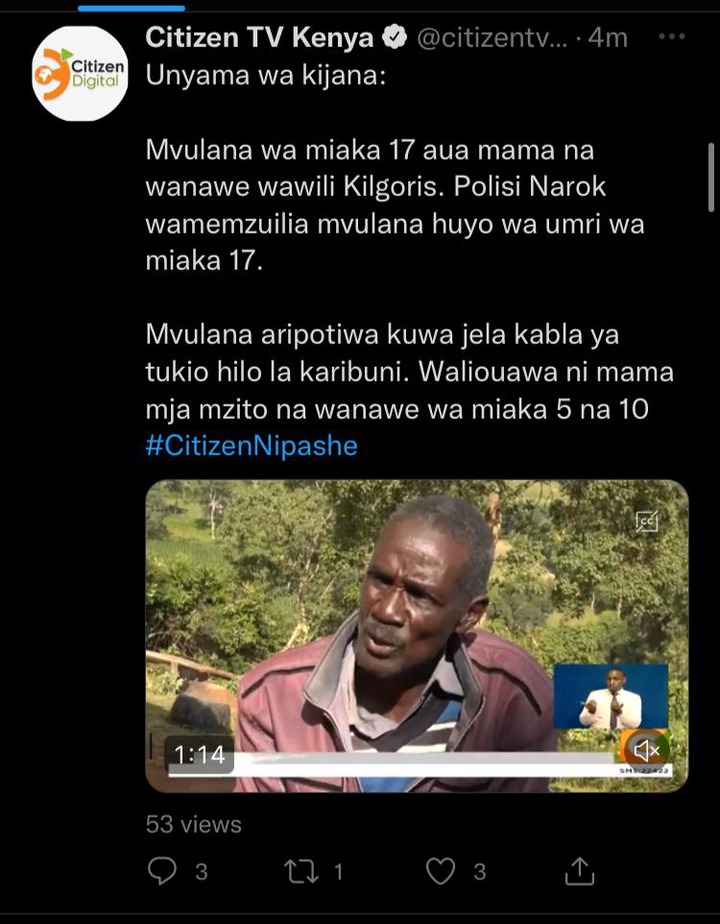