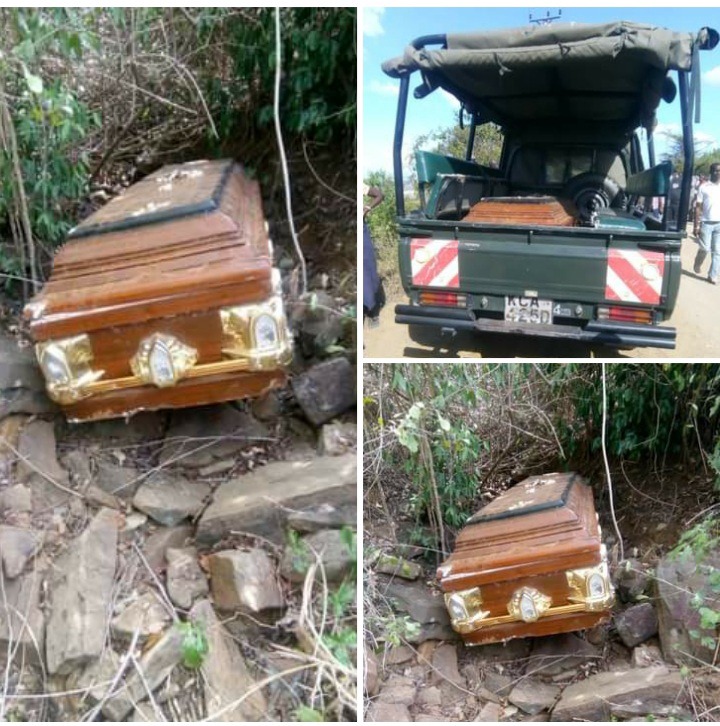 Sleuths officers in Kilifi investigating an incident where a body of a woman was exhumed and disappeared have to a breakthrough after they found the coffin and the body dumped in a thicket.

The body of Fatma Mwero has been found abandoned few kilometers from where it has been buried. Fatma was exhumed by unknown assailants three months after her burial at Mazeras, Mabirikani area in Kilifi County. 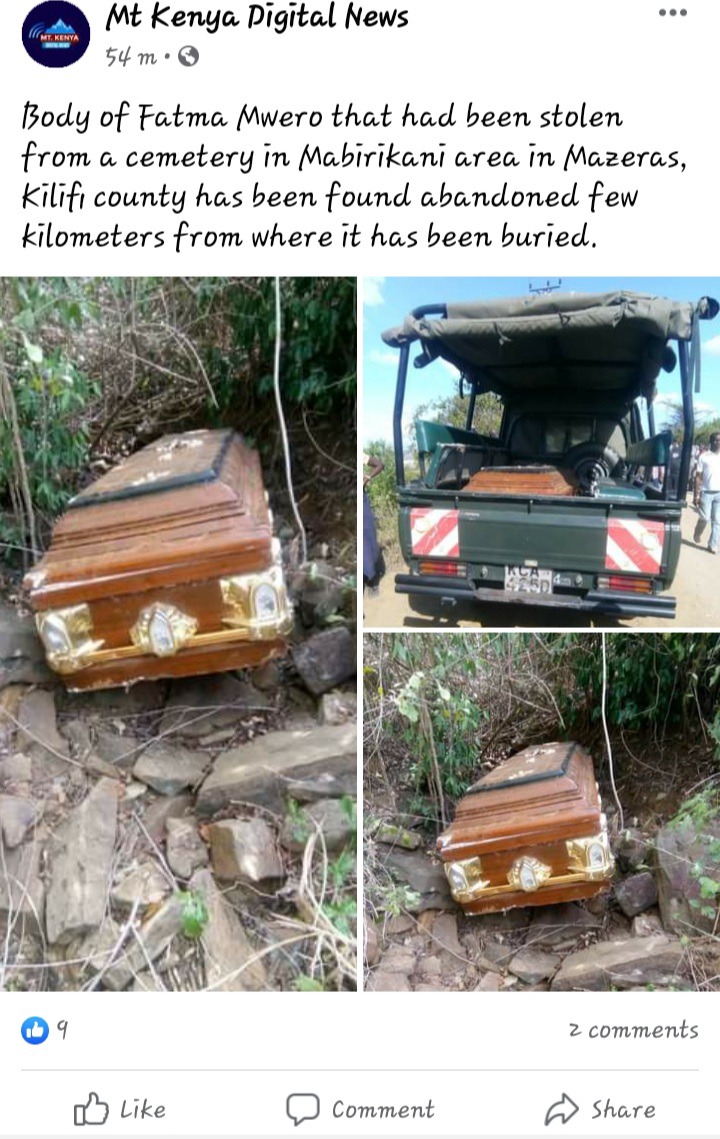 Speaking to the press, the brother to the late last Wednesday said that they suspected that her sisters body was exhumed after an Arabic tycoon allegedly paid some people to do so as the land where she was buried had some conflicts.

Also confirming the incident Rabai Police commander Fred Abuga through a phone call with the press said that the police had launched investigations. He further added that a request a file on the case has been opened and given over to Criminal Directorate of Criminal Investigations officials to investigate the matter. 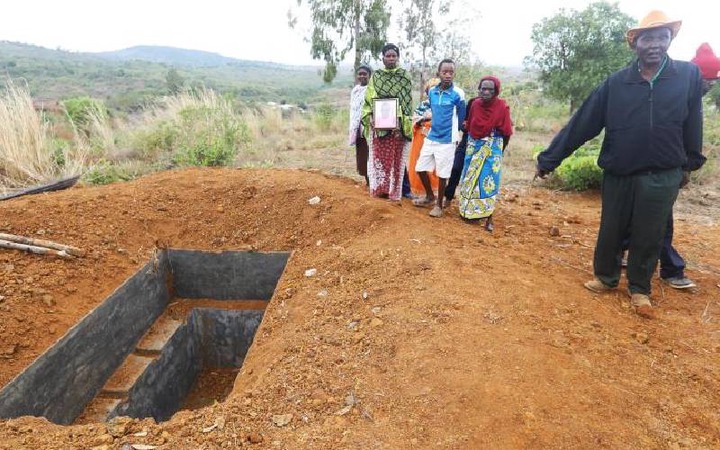 Abuga has also called upon the area resident who has been left in shock to remain calm as the police try to figure out the perpetrators and also calling upon them to provide them with any information that could lead to their arrest.

As police were carrying investigations, Mwero's family conducted a Mijikenda ritual where a banana trunk was to be buried on the grave where the body was exhumed.

IEBC Auctioning Vehicles From As Low As Ksh.45K This Is What You Need To Do As From 17th December

Two Gubernatorial Races in Western Region that ODM Party might not win the 2022 General Elections.