By TheInformer (self media writer) | 3 months ago

Nation Media Group journalist Kenneth Muriithi who works as a field reporter for NTV is lamenting after his phone was stolen while he was covering live event at ANC Party's National Delegates Conference. The phone which is believed to have costed him between KSH.113,000 to KSH.130,000 was allegedly stolen by unknown people while he was busy covering the event. 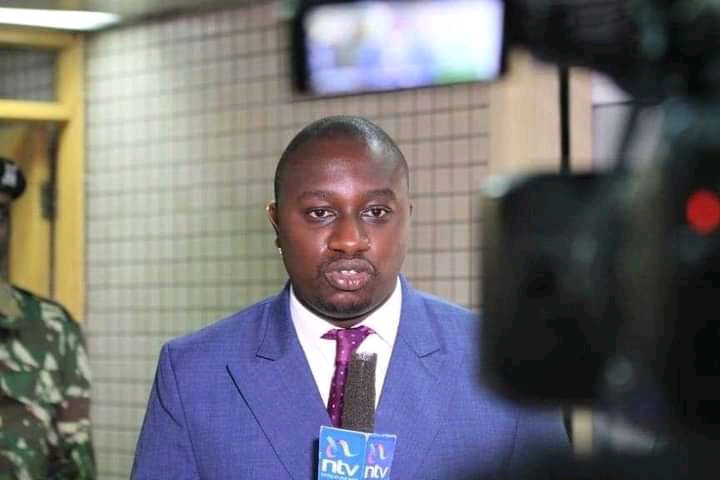 The reporter took to his Facebook account to express his disappointment with the event claiming that he is not the only victim whose phone was stolen today. He says that most people lost their phones at that event and he is very sad that he has lost all his data. He argued that the phone was so important to him since he uses it to do most of his work. 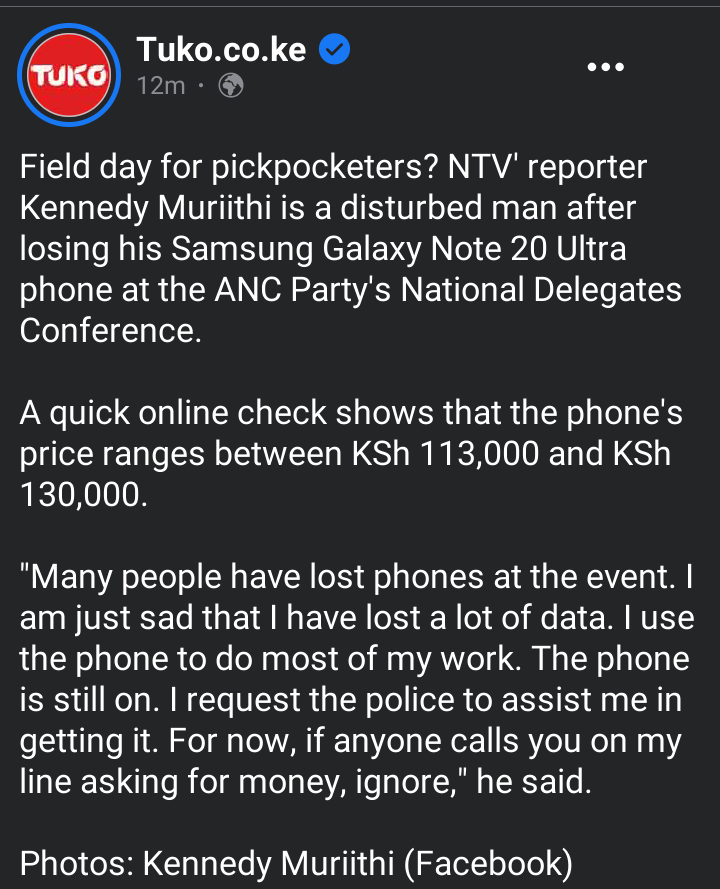 Surprisingly, he claims that the phone is still on and has asked the police to help him track it. He has warned everyone to ignore any call from his line asking them to send money. His claims has attracted alot of attention from Kenyans who claim that if the phone is still on then it has not been stolen. They argue that he might have misplaced the phone while he was busy and he might find it if he keeps on searching.

Top 10 African Countries That Smoke the Most Weed: Kenya in the List

Opinion Poll: Sakaja On An Early Lead In the Latest Poll As Igathe Trails.

Detectives Are Looking For, Denis Karani, Wanted For The Murder Of Slain Thug Samuel Mugoh Muvota

NTSA Sends Message To All Drivers In Kenya

Teachers Have to Comply with the Following Directives From TSC Before This Date; Check Out.