Police officers from Kitui are currently investigating an incident that happened today in the afternoon after two men were found walking with goods that they had allegedly stolen from a man in Kitui.

In a news report that has been shared by a reliable source of information, it has been revealed that the residents became suspicious after they allegedly saw the suspects walking all over the market with goods that they couldn't put down for unknown reasons.

Residents who spoke to the reporters said that they observed the men's behavior before they realized that they had been bewitched due to the fact that they couldn't put the goods on the floor. A witness who saw the whole thing said that the suspects confessed to have stolen the goods from one of the residents who was nowhere to be found.

"We saw them walking round and round the market before a suspicious woman called them out. It was only after a number of residents confirmed that they might have been bewitched that we decided to ask them what had happened. They revealed that they had robbed a middle-aged man who leaves a few meters from this place. It's not good to steal because we don't know for how long they had been carrying these goods with them. It's a shame but I can't say I'm sorry because they brought this on themselves after Robbing the man who did what he had to do to get them back ", a witness said.

Police officers who arrived at the crime scene took the suspects to the police station for more investigation and questioning over the same incident. According to the reports given by several resident ts, they claimed that a mysterious woman from western was responsible for doing this to the suspects. 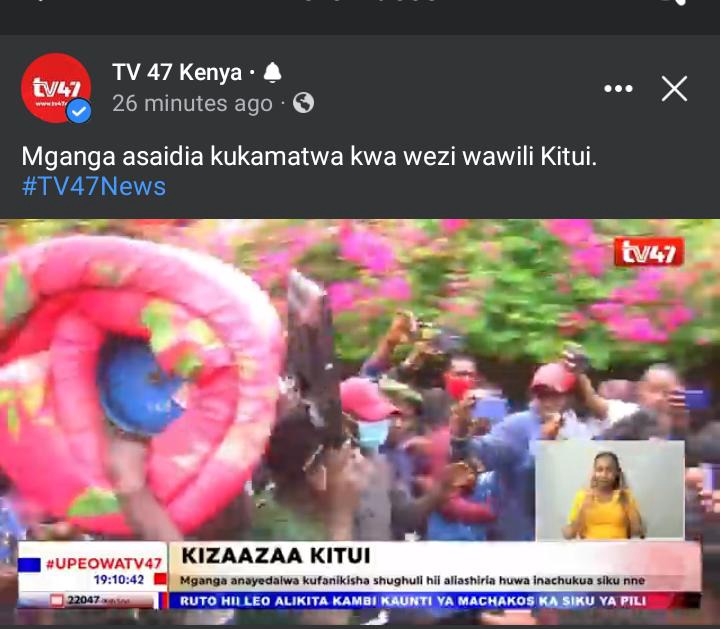