Drama was today witnessed in one of the estates in Nairobi after a man was recorded wrestling with a police officer who was allegedly trying to take his goods in the middle of the streets. In a video that has been shared by a reliable source of information, the man could be seen wrestling with the officer who was allegedly trying to take his goods on allegations that he was conducting his business activities against his jurisdiction.

This later ended after a number of police officers were seen responding to the crime scene forcing all the witnesses who were at the scene to scamper for their safety in fear of being arrested. However, a number of kenyans could be heard shouting and calling off the police wanting him to let the man go due to the fact that he was just doing his job and not stealing.

"Let him go, he is just doing his job why do you want to arrest him. Those are his properties, we need to stop this kind of thing where Youthful men can't hustle due to fear of being robbed by the same people who should be protecting them", one local said.

This is happening at the same time when the government through the inspector General of police, Hillary Mutyambai has revealed that they are currently working on a way that will reduce the increasing rate of crime among police officers all of which has been blamed on the increasing cases of mental illness in the country. 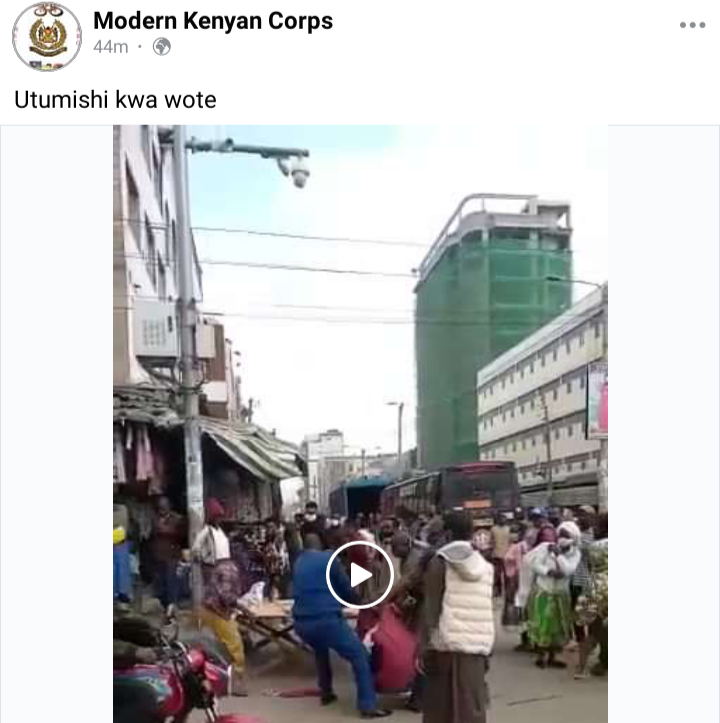